The 5 most impactful moments on ‘Black-ish’ 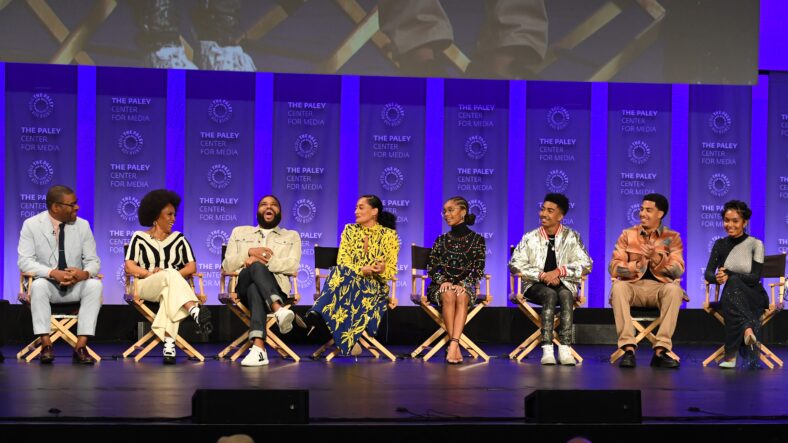 From the Prince-themed episode to the Juneteenth musical, the sitcom left its mark on the TV landscape

As the series is moving closer to the final episodes, theGrio is looking back at some of the show’s most impactful moments in honor of its impressive run.

Three episodes in Black-ish proved how powerful a series it could be. “The Nod” centers around Dre (Anderson) and Junior (Scribner), when his son fails to “nod” back to another Black person. “The nod is important,” Dre shares during the episode. “It’s the internationally accepted yet unspoken sign of acknowledgment of Black folks around the world.”

When looking back on the episode with The Los Angeles Times, Barris shared with the outlet, “I think this was the first episode that gave a glimpse into exactly what “Black-ish” as a show could amplify culturally in terms of specificity. It was the episode where I felt the ‘legs’ of the show really begin to move.”

This episode was so impactful it never aired on ABC. That’s right, fans may remember “Please Baby Please” as the controversial episode that was shelved after “creative differences” between the network and Barris. The episode focuses on the national anthem and Colin Kaepernick and was set to be released at the height of the cultural conversation back in 2018.

At the time, Barris stated, “Given our creative differences, neither ABC nor I were happy with the direction of the episode and mutually agreed not to air it. Black-ish is a show that has spoken to all different types of people and brought them closer as a community and I’m so proud of the series.”

In 2020, however, “Please Baby Please,” was finally released on Hulu. In the episode, Dre is trying to get a crying Devante to sleep. When bedtime stories don’t work, “Dre tosses it aside and begins to tell a story of his own about the current state of the country in a way Devante will understand.” The episode is available to stream now on Hulu.

Remember when Black-ish partied like it was 1999? In 2018, the sitcom did just that when they honored the late singer on their 100th episode. After Jack (Miles Brown) and Diane (Martin) reveal they have never listened to Prince’s music, Rainbow (Ellis Ross) and Dre decide to give them a major music lesson, with each character revealing what Prince means to them and why.

Shahidi, whose father, Afshin, was Prince’s photographer for several years and released a book of those photos after Prince’s passing, told The Los Angeles Times, “Our homage to Prince speaks to what our show does so well, in that we’re not only participating in this renaissance of Black culture, but we always tip our hat to the heritage, histories, and cultures that have made shows like black-ish even possible.

And I think Prince represents that in so many ways — his mastery of music, of course, but his commitment to activism as well. And we did it in such a fun way in which no detail was overlooked.”

The season 4 premiere episode may go down in history as one of Black-ish‘s most powerful and innovative. Dismayed by the lack of holidays to celebrate Black people in the United States, Dre decides that the whole family will celebrate Juneteenth and will be “Black out loud.” What makes it stand out even more, is the fact that it is a musical episode highlighting Black American history and legacy through song.

When ABC decided to re-air the episode during the summer of 2020, Barris told Variety, “I was really, really, really happy that they did it. To me, that is one of the most important things that I’ve ever been a part of.”

In season 5, the sitcom tackled yet another important topic: colorism. After Jack and Diane get their school photos taken, a conversation opens up inside the Johnson household surrounding colorism when Diane can hardly be seen in her picture due to not using proper lighting. While the episode includes plenty of humor (Dre shouts, ‘Oh, my God, they O.J.’d my baby,’ when they first see the pictures), it’s balanced by a delicate and important conversation surrounding colorism, giving Diane the floor and space to speak to her experience in her family.

At the end of the episode, Dre says, “Colorism is our secret shame, and the pain it causes keeps growing because we rarely talk about it. But as I looked at my multicolored Black family, I realized that because we talked about it, our wounds could finally start to heal as we learn to love ourselves out in the open. Because nothing gets better in the shadows.”

The post The 5 most impactful moments on ‘Black-ish’ appeared first on TheGrio.