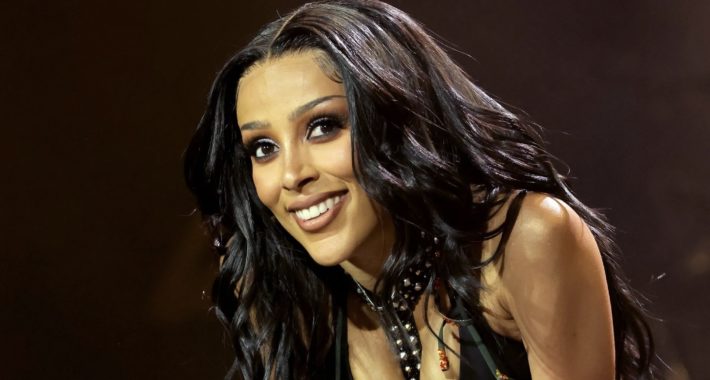 Doja Cat’s Twitter feed over the last few months, outside of being responsible for the words “mike penis” on our feeds every other day, has led fans to believe that she’s been working on something special with Taco Bell.

On Sunday, Doja Cat took the stage at the 2022 Coachella Festival and she was nothing short of impressive. She cruised through her highlight records like “Say So,” “Need To Know,” and “Juicy” while also performing b-side releases from her three albums, Amala, Hot Pink, and Planet Her. Doja also invited Rico Nasty and Tyga for her performance, which was more than worthy of being a headlining set for Coachella. Aside from her excellent performance, which included a punk-rock rendition of “Say So,” Doja also broke some awesome news to fans at the festival as well as those watching at home.

At the end of her set, Doja Cat revealed that Taco Bell would be bringing back a beloved item to their menu. “I brought back the Mexican Pizza, by the way!” she yelled to the crowd as she walked off the stage on Sunday night. Taco Bell confirmed the news the following day in a post to Instagram, writing, “You know we had to give @DojaCat the news first. The #MexicanPizza is finally coming back 5/19!”

I want my fuckin mexican pizza back @tacobell why u quiet

The Mexican Pizza is a pie made of ground beef and refried beans sandwiched between a pair of crispy flour shells with cheese melted top. The item has been off Taco Bell’s menu for the past two years, and in that time, many people have called for its return, including Doja herself. Towards the end of 2020, Doja tweeted, “Please @tacobell bring back Mexican pizza and spicy potato soft taco. I’m asking you nicely first.” A little over a year later, Doja returned with another message to Taco Bell, writing, “I want my f*ckin Mexican pizza back @tacobell why u quiet.” She even went as far as to make a song about Mexican Pizza, which she admitted was completely “contractual” between her and Taco Bell.

You can view the announcement in the post above.