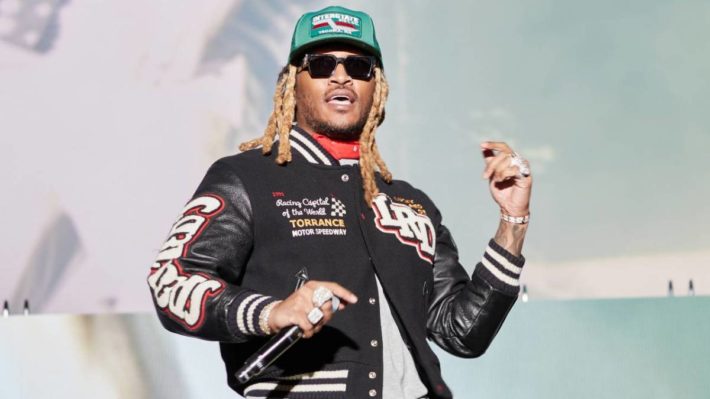 Future gave back to his old high school in a big way over the Easter holiday weekend. The Freebandz head visited his alma mater Columbia High School as part of his Freewishes Foundation and gifted the school’s sports teams a fully upgraded weight room.

Future is undoubtedly one of the rap kings in his hometown Atlanta. Over the last decade, Future has released eight albums, sixteen mixtapes, and other projects that have contributed to his rise in not only the rap world but all of music as well. With this success, Future has also made sure to give back to his community. One example came during the coronavirus pandemic in 2020 when Future launched the #MaskOn campaign and donated masks to healthcare workers and coronavirus patients. For his latest act, Future is taking things back to his old high school with a great gift for students.

During this past Easter weekend, Future visited his alma mater Columbia High School in Decatur, Georgia with his Freewishes Foundation to gift the school’s sports program with a fully upgraded weight room. During the visit, Future met with Columbia Eagles head football coach Greg Barnett and the rest of the team to unveil the new weight room. Future’s sister Tia Wilburn, who is also one of the leaders of Freewishes Foundations, was also in attendance and she said the makeover was organized after she noted that the weight room had not improved since she graduated from the school years ago.

“Since our foundation is very big on health and wellness it was important for us to help create an environment for students in which they could be comfortable, have pride, and perform their best,” Wilburn said to FOX 5 Atlanta. “Also, research shows that students who are physically active tend to excel academically and have better attendance. They are less likely to struggle with depression and other mental health issues.”

This comes as Future, who posed with students for photos and videos, revealed that his upcoming ninth album will arrive on April 29.

You can get out footage from the weight room unveil above.