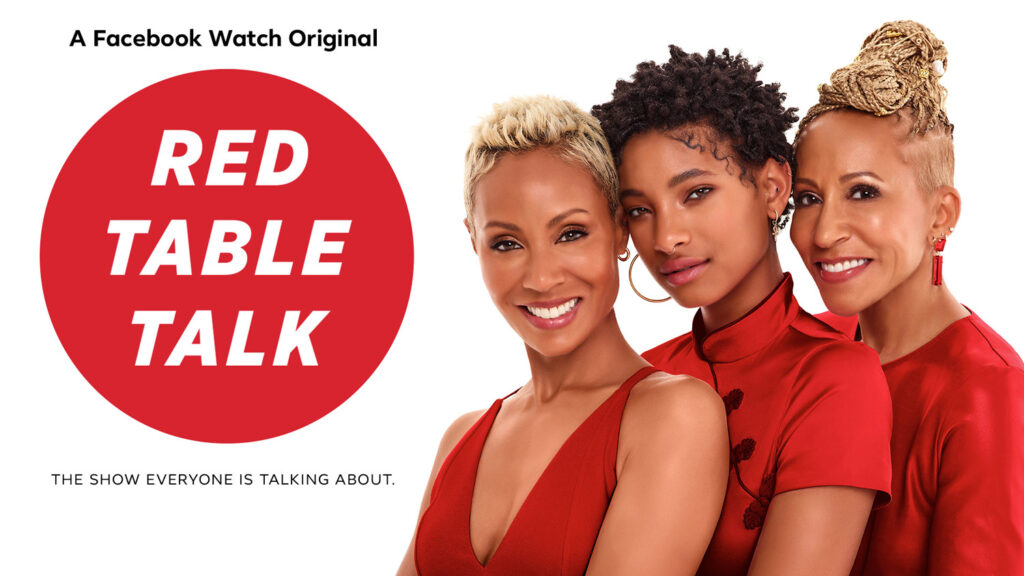 ‘Red Table Talk’ is back.

If you’re hoping to see a Will Smith cameo post-Oscars slap — forget it. He does not make an appearance in the trailer.

The show’s premiere episode featuring 8-time Grammy nominee Janelle Monáe, who will open up about her journey to come out at the age of 32 as well as the trauma she experienced from her father’s drug addiction.

The singer will later joined by her mom Janet Hawthorne. “I’m just happy someone invited me,” she teases in the trailer. “I said, ‘The Red Table? Are you kidding me!”

Hawthorne and Monáe are not the only mother-daughter duo to stop by. Oscar-winning actress Kim Basinger, in her first interview in over a decade, will also be on the show alongside her daughter Ireland Baldwin.

“I went through a very heavy duty, out loud, when you’re in the public divorce,” Basinger recalls, of her split from Ireland’s father Alec Baldwin. “I wouldn’t leave the house, I would no longer go to dinner. I had to relearn to drive.”

Ireland opens up about her past experiences with anxiety. “I have been in physical abusive relationship, I have bene in emotional, verbal, very gaslit-manipulative relationships,” she says. “I’ve been through a lot of different kinds of abuse.”

The series will see an appearance from mother of Miss USA Cheslie Kryst, detailing her heartbreak after her daughter tragically died by suicide earlier this year.

Other guests in season 5 will include the Smith siblings —Willow, Jaden, and Trey— will also participate in the upcoming production Red Table Talkmarking their first solo episode together as a group on the show.

There will be a special episode too dedicated to victims for famous fraudster, featuring Ayleen Charlotte, who helped bring down Netflix’s Tinder Swindler Simon Leviev, and Rachel DeLoache Williams — author of My Friend Anna, the tell-all about Anna Sorokin, who famously posed as a wealthy German heiress named Anna Delvey. Real estate mogul and Shark Tank star Barbara Corcoran comes with her own warning, revealing how she was the target of a frightening scam that could happen to anyone.

Red Table Talk has aired 100 episodes and garnered over 1 billion views since its premiere in May 7, 2018. Last season of the Westbrook Studios-produced show featured some of the world’s biggest stars, including Sandra Bullock, Snoop Dog, Salma Hayek, Demi Moore, Keanu Reeves, to name a few.

It’s garnered plenty of acclaim as well, including a 2021 Daytime Emmy for outstanding informative talk show. The hosts were later honored as some of Time’s “Most Influential People of 2021”.

The return of Red Table Talk follows the events at this year’s Oscars, during which Will Smith smacked Chris Rock following a joke about Jada’s hair. Smith has since apologized to Rock and resigned from the Academy, and it was decided that he will not return to the Oscars for a period of 10 years.