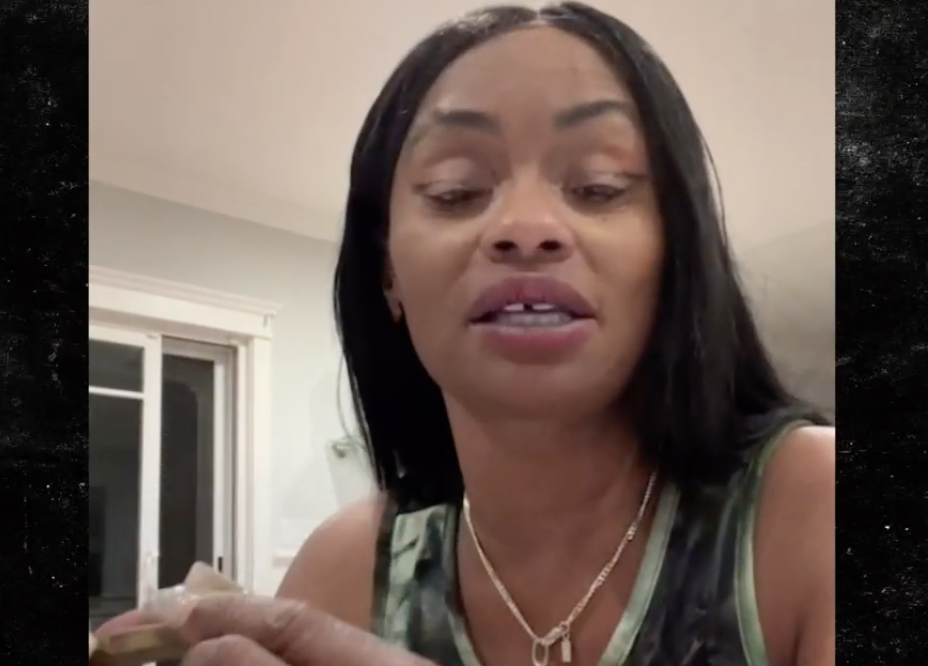 Tokyo Toni popped off on the Kardashians following their appearance in court yesterday and now she can’t return.

On Instagram Live late Monday evening, Tokyo rolled a blunt while spewing off at the mouth about the entire Kardashian family.

At one point, she said the family ‘looked dead’ and compared Kris Jenner to a character from the movie ‘Saw’ … another time she rapped about the family and said, “They got no fatty. They need a daddy.”

Earlier Monday, Blac Chyna and Tokyo Toni appeared in court alongside the Kardashians for the first day of jury selection in Chyna’s $300 million lawsuit.

The rant was addressed in court Tuesday morning. The Kardashians’ attorney, Michael Rhodes, told the judge Toni had made threatening comments against them in the video.

The judge told the court that Toni was no longer allowed to come back into the courtroom for the trial. Blac Chyna’s attorney, Lynne Ciani, told the judge she has no control over what her mother says.

See part of Toni’s rant below.