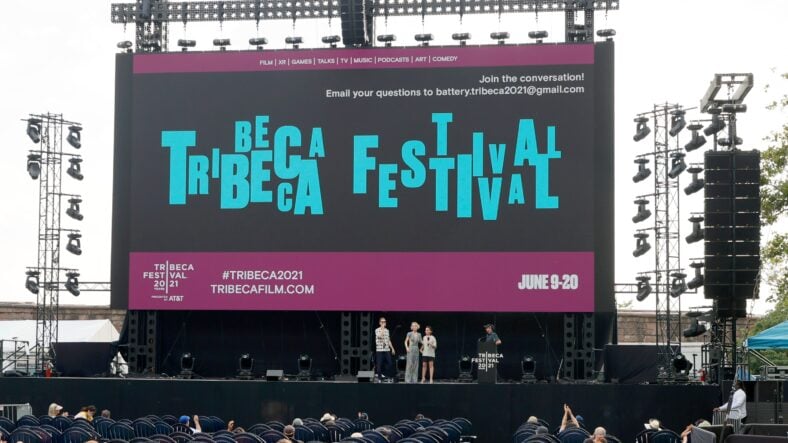 A new Lena Waithe film, a Rosa Parks documentary, and more are set to make splashes at the popular film festival

The Tribeca Film Festival announced its official lineup on Tuesday and by the looks of it, the festival (set to be held in June) will be filled with plenty of must-see projects.

The Tribeca Festival will represent 80 countries with 109 feature films and 88 world premieres, per Deadline. The features themselves span 10 categories, with 64% directed by female, BIPOC, and LGBTQ+ creators.

“This 2022 feature film program leaves us proud and humbled by the boundless ingenuity and passion of our indefatigable filmmaking community,” festival director and VP of Programming Cara Cusumano shared in a statement. This year’s official selections again remind us of the vitality and urgency of independent film in a world that needs it more than ever.”

As theGrio previously reported, the festival’s opening night film is the highly anticipated documentary, Halftime, which features Jennifer Lopez. The Netflix doc “reflects on her milestones and evolution as an artist, and navigates the second half of her career.”

We also have our eyes on the closing night doc, Loudmouth, about Rev. Al Sharpton. The premiere will also feature a conversation following the screening with Sharpton and filmmaker Josh Alexander.

A new Lena Waithe film, Beauty, will premiere at the festival before heading to Netflix. The film follows a gifted young Black woman who “struggles to maintain her voice and identity after she’s offered a lucrative recording contract.” Aisha, starring Letitia Wright, is also in the lineup. The Small Axe actress stars as a Nigerian woman seeking protection within Ireland’s immigration system.

Other documentaries on our radar include The Big Payback, which highlights a historic campaign for reparations for the Black community in Evanston, Illinois, and Rebellious Life of Mrs. Rosa Parks, which sheds light on the civil rights icon’s “extensive organizing, radical politics, and lifelong dedication to activism.”

Butterfly in the Sky is a perfect film for Reading Rainbow fans, as the documentary (executive produced by Whoopi Goldberg) dives into how the LeVar Burton-hosted show inspired an entire generation of children to read. In addition, if you like rapper Lil Baby, Untrapped: The Story of Lil Baby, follows his meteoric rise in pop culture.

The festival will run from June 8-19. For the full lineup, ticket information, and more, head to the official site here.