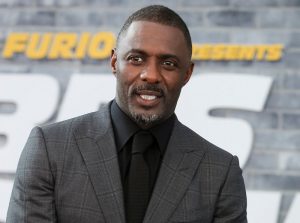 We all know Idris Elba from “The Wire” or even the “The Office,” but what many don’t know is something he recently revealed on SiriusXM’s The Jess Cagle Podcast. He joined the podcast to promote his latest project, “Sonic The Hedgehog 2,” which is currently in theaters.

The podcast spoke on topics outside of his latest project. They talked about the start of his career. Like many celebrities, he did not make it big right away. When he was in London, he would take on plays and side projects. However, when he moved to America and a lot changed for him. He had to do things to make sure he could “pay the way,” and some of those things used to be selling weed.

Dave Chappelle only recognized him at first because he previously purchased weed from Idris. But selling weed was not the only side hustle he had. He also DJ’ed and was a doorman at Caroline’s Comedy Club.

Selling weed is legal now and is a side hustle he can always revisit.

The post Idris Elba Reveals He Used To Sell Weed Before Finding Fame appeared first on The Source.