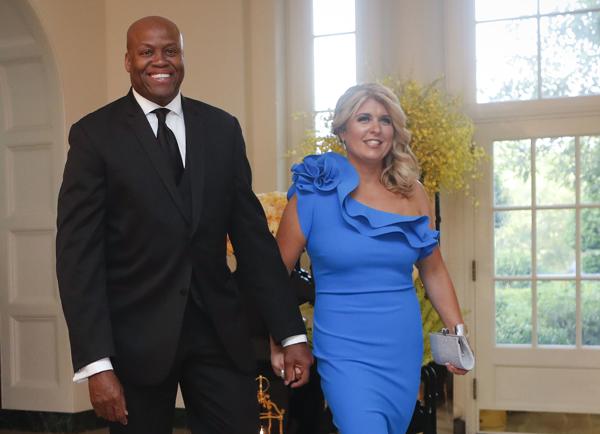 The brother of former first lady Michelle Obama and his wife are suing a private Milwaukee school alleging it refused to allow their two sons to re-enroll after they voiced concerns that racism and inappropriate conduct at the school had not been satisfactorily addressed.

In a civil lawsuit filed in Milwaukee County Circuit Court, Craig and Kelly Robinson accuse University School of Milwaukee of terminating their 9- and 11-year-old sons’ re-enrollment contracts for the 2021-2022 school year after the couple complained that teachers treated students of color and socioeconomically underrepresented students unfairly.

According to the lawsuit filed Monday, the school failed to provide the supportive and inclusive learning environment it had promised in its enrollment contracts with the Robinsons. The boys had attended the pre-kindergarten through grade 12 school for about five years, the Robinsons said Tuesday in an interview with The Associated Press.

The lawsuit seeks unspecified monetary damages and a trial by jury.

USM said in a statement that the enrollment decision had nothing to do with their complaints of inequity or discrimination. The independent school, with a campus that stretches from Milwaukee to the nearby suburb of River Hills, enrolls about 1,100 students every year.

The Robinsons allege the conduct their children experienced indicated a broader pattern of insensitivity by USM toward socioeconomically underrepresented students and students of color for years.

Craig Robinson said the boys had been straight-A students at the school and never got in trouble.

“We raised issues and our kids got kicked out,” he said.

The school failed to address racial epithets and other inappropriate conduct on campus, the Robinsons said, without providing details.

The Robinsons said when the boys were learning virtually at home because of the pandemic, they became aware that racial and ethnic stereotypes appeared in assignments.

It gave the parents a “bird’s eye view into learning,” Kelly Robinson said.

“We were partnering with the school and we shared our concerns, how the school could be better with curriculum, communicating with families and to eliminating biases,” she said.

In a termination letter to the Robinsons, USM Head of School Steve Hancock told the couple they had “repeatedly engaged in disrespectful and demanding communications with and about our teachers and administrators.”

In an April email, Hancock wrote that “despite our continued efforts and requests, you continue to directly engage with USM’s fifth grade teachers and administrators in a manner that is not consistent with the school’s Common Trust and Core Values — including via numerous emails, texts, and conversations that are disrespectful and deflating.”

The Robinson boys were in the fifth and third grades at the time.

It “has only become more evident that there has been a complete breakdown in your family’s trust of and respect for USM,” Hancock wrote.

The boys have been “traumatized” by the loss of their relationships and friendships at USM, the only school they had ever attended, but are now in a thriving and supportive environment, Kelly Robinson said.

Hancock released a statement Tuesday afternoon, but declined to take calls on the lawsuit.

“We regard highly the privacy and confidentiality of our community members and we cannot comment on the specifics of matters involving threatened or pending litigation. However, we can tell you that USM’s enrollment decisions had nothing to do with complaints of inequity or discrimination and we intend to vigorously defend the school against any claim to the contrary. We cannot and will not tolerate persistently disrespectful, bullying, or harassing behavior directed at our devoted and hardworking teachers and administrators, he statement in part said.