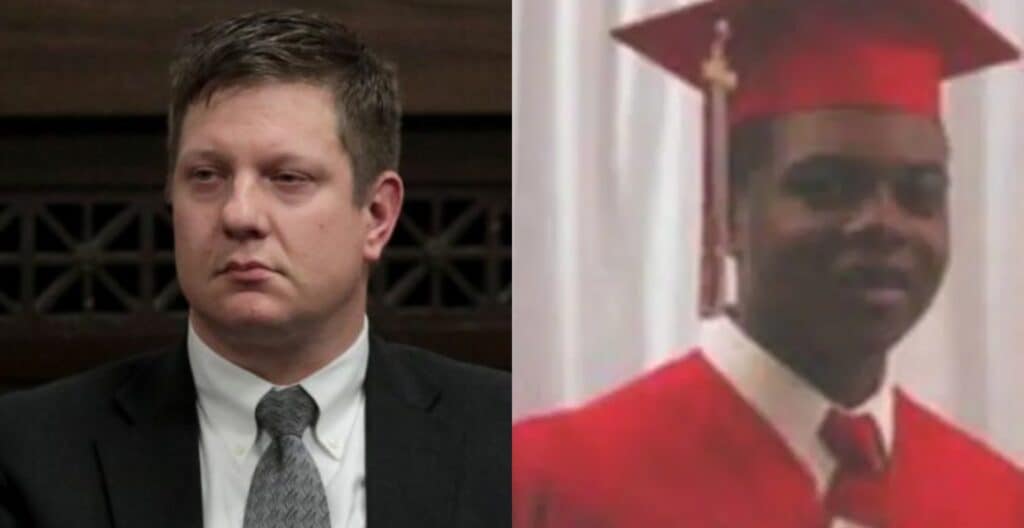 “The decision not to pursue a federal prosecution is consistent with Department of Justice policy and was made in consultation with Mr. McDonald’s family,” US Attorney for the Northern District of Illinois John Lausch said Monday in reported. Van Dyke was allegedly a model prisoner because he was released for good behavior in February after serving just a little more than three years.

Lausch said federal prosecutors “would have to prove not only that Mr. Van Dyke acted with the deliberate and specific intent to do something the law forbids, but also that his actions were not the result of mistake, fear, negligence, or bad judgment,” the office explained in the release.

Lausch said federal law sets a “very high bar” when it comes to cases such as Van Dyke and prosecuting him on federal charges would be far more challenging than it was in state court.

“It requires federal prosecutors to prove beyond a reasonable doubt what Mr. Van Dyke was thinking when he used deadly force, and that he knew such force was excessive,” he said.

The release said the family agreed not to pursue a second prosecution.

As theGrio reported previously, McDonald was armed with a knife but stood several feet away when Van Dyke shot him repeatedly more than seven years ago. Dashcam video of the incident wasn’t released until more than a year later in November 2015, causing then-Chicago Mayor Rahm Emanuel to face criticism.

Four Chicago police officers were fired in July 2019 for allegedly trying to cover up McDonald’s murder. Three of them were found not guilty of related charges in January of the same year.

“We never asked for revenge, we asked for justice,” McDonald’s great uncle Reverend Marvin Hunter told CNN when the former police officer was released from prison. “And in the case of Jason Van Dyke we feel we got justice, because he got prosecuted for the crime that he did. He did not do the amount of time that we felt like he should have done, but he did get prosecuted.”

Hunter also noted that he does not want to see Van Dyke charged in federal court, AP reports.

“If you set this precedent of reconvicting people because you don’t think he got enough time, then hundreds of thousands of Black men in Illinois alone could be harmed,” Hunter said. “They will use this case as a way to keep them incarcerated. This is a back door to perpetuate slavery. We should be very careful of this kind of precedent.”