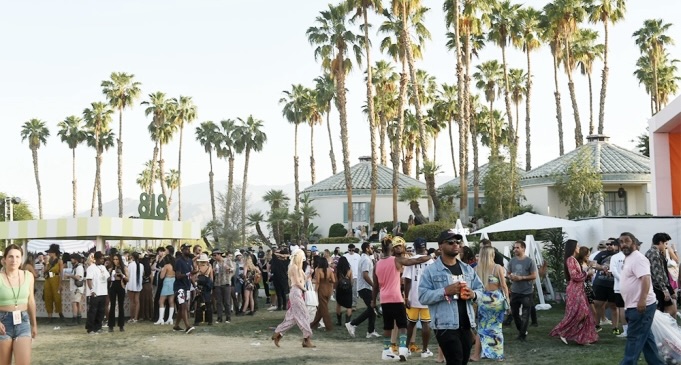 Revolve, the designer clothing company, has circled its way to an official apology for conditions at its Coachella-related “Revolve Festival” event that led to a firestorm of criticism from frustrated and angry attendees.

Revolve said it is “sincerely” sorry for leaving influencers in the lurch at its 2022 Coachella festival over the weekend.

The fashion brand issued a statement in response to the outcry over its star-studded event that was compared to the now-infamous Fyre Festival disaster, during which attendees were forced to stay in FEMA tents despite paying ticket prices between $1,200 and $100,000.

“In anticipation of the high level of interest in attending Revolve Festival this year, Revolve worked closely with all appropriate city and safety authorities to ensure a safe and secure path for guests to access the two-day invitation-only event,” a representative told E! News Tuesday, adding that city regulations mandated the company have an “off-site location for guest check-in and parking.”

The representative noted that the off-site location featured shuttle transportation as well as ride-share access but admitted the system started to falter Saturday afternoon when their event was getting full.

“As the festival was reaching capacity late Saturday afternoon,” the statement continued, “shuttle access to the venue was limited in order to remain in compliance with safety requirements, causing longer wait times for entry and resulting in some guests not being able to attend the festival. The safety of our guests is of the utmost importance to us, and we will always make that a priority.”

Revolve concluded its statement by issuing a mea culpa and promising to do better next time.

“We sincerely apologize to all the guests who were impacted,” the representative added. “We always strive to provide a great experience, and we promise to do better.”

The lengthy explanation came after influencers took to their accounts to expose the “most unorganized event” that nearly left someone “trampled.”

Celebrities who managed to get into the event included Kim Kardahian, Halsey, Olivia Culpo and Chanel Iman and her new beau, Davon Godchaux.