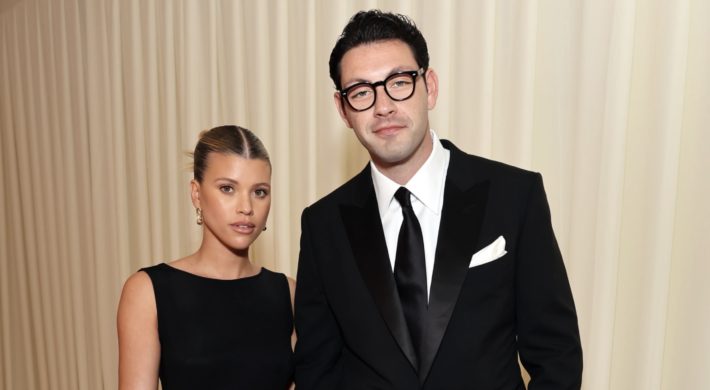 Sofia Richie is getting hitched.

Sofia Richie and Elliot Grainge are engaged, the model announced via Instagram on Wednesday.

“Forever isn’t long enough @elliot,” the bride-to-be captioned photos of Grainge down on one knee at the Four Seasons Hualalai.

In the pics, the two were surrounded by white flowers and candles that were provided by Uhi Uhi Flower House on Kona island. A second photo was a close-up of them kissing with a focus on the diamond rock he gave her.

Friends and family of Richie, 23, and Grainge, 28, quickly filled the comments with their congratulations.

Richie’s sister Nicole shared a photo of her and Sofia posing together on her Instagram Story and joked, “Can’t wait to find ways to make this about me.”

Page Six reported in April 2021 that the daughter of legendary musician Lionel Richie was dating the music executive. (Grainge is the son of Universal Music Group chairman and CEO Lucian Grainge.).

“They have been friends for years and Elliot is also close with Sofia’s brother, Miles,” a source told Entertainment Tonight of Richie’s brother. “It’s very nice for Sofia to date someone who her family approves of and likes.”

The source added, “Sofia and Elliot are happy together and having fun.”

The relationship came after Richie’s brief romance with Matthew Morton, the son of famed restaurateur Peter Morton, and a nearly three-year relationship with Scott Disick, 38.

Sources say the two had known each other for years, as Richie’s dad, Grammy-winning artist Lionel Richie, was a close friend of Lucian Grainge. The source told E! News that Lionel Richie approved of the relationship

“He thinks they are a perfect match and it was very natural progression for Sofia and Elliot to get together,” the source said, after the couple confirmed the relationship. “It’s going well.”