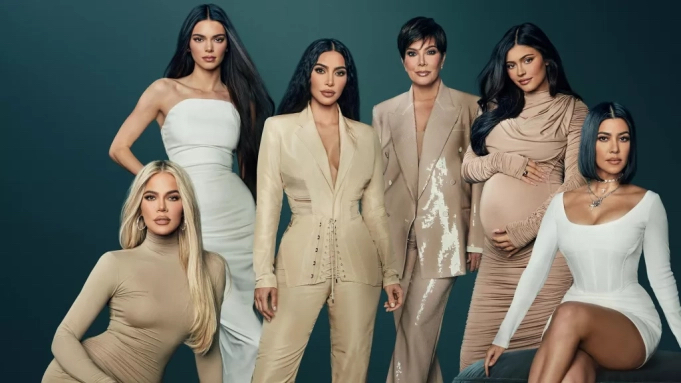 According to Hulu, ‘The Kardashians’ is its biggest series premiere in U.S. history.

The streamer did not provide specific viewing numbers, as the platform does not release ratings. Outside of actual subscriber numbers, which Disney has to reveal for shareholders, the Disney-owned streamers have never given out any actual viewership data.

Hulu also claims the new show is the most-watched Star Originals series, (so not including Disney’s Marvel or “Star Wars” streaming titles) on Disney+ and Star+ across global markets.

“‘The Kardashians’ is the most-watched series premiere on Hulu in the United States, and on Disney+ and Star+ among Star Originals, across all global markets to date,” a Hulu spokesperson tells Variety.

Hulu’s record-breaking number for “The Kardashians” is based on the premiere episode hours watched in the first three days of its release, since the show launched on April 14.

“The Kardashians” is the new series from the Kardashian-Jenners, following their groundbreaking show on E!, “Keeping Up With the Kardashians,” which ran for 15 years, 20 seasons and numerous spinoffs. The world-famous family ended “KUWTK” in 2020. Soon after, they announced they’d be joining the Disney family with a new pact at Hulu.

Under the deal, Hulu will be launching 40 episodes of “The Kardashians,” spread out over 10-episode seasons. At the red carpet premiere earlier this month, members of the family joked that they’d like to do 20 more seasons of their new series, just like their former reality show at E!

The Hulu series is a more elevated version of the original show that made the family famous. It is presented more documentary-style, and the family often breaks the fourth wall. “The Kardashians” stars matriarch and momager Kris Jenner with her daughters Kourtney Kardashian, Kim Kardashian, Khloé Kardashian, Kendall Jenner and Kylie Jenner. All six woman also serve as executive producers on the series that digs in deeper to their businesses, but still keeps a large focus on their personal lives, which has always been the bread-and-butter of the Kardashian brand.

The terms of the Kardashian-Jenner deal were not disclosed, but sources told Variety that the family is making a massive nine-figure payday at Hulu. In Variety‘s cover story last month, Khloé revealed that each family member earns the same salary. “We are all equals,” she said.

The Kardashian-Jenners immediately became tabloid magnets when they were introduced on E! in 2007, and they have strategically and expertly used their television platform to become social media influencers, billionaire businesswoman and A-list celebrities, who can make millions just from one Instagram post and whose products sell out within seconds. But despite their notoriety and success, the Kardashians have always been television stars, and they continue to utilize the medium as the anchor for all their ancillary businesses.

Speaking to Variety in March, when asked whether a bidding war ensued when the family left E!, Kris remained coy, only saying, “We had options for sure, but I’m not one to kiss and tell.”

Dana Walden, chairman of entertainment at Walt Disney Television, told Variety that the Kardashians embody Hulu’s programming strategy. “Who would you want more for your unscripted slate than the Kardashians?” the executive said. “They perfectly symbolize our strategy, which is taking big shots, but the right shots, and betting on incredible talent and best-in-class opportunities in each genre.”

“The Kardashians” is executive produced by its stars, along with showrunner Danielle King, Fulwell 73’s Ben Winston, Emma Conway and Elizabeth Jones, plus Ryan Seacrest.

We’re sure Hulu’s super happy with their investment.