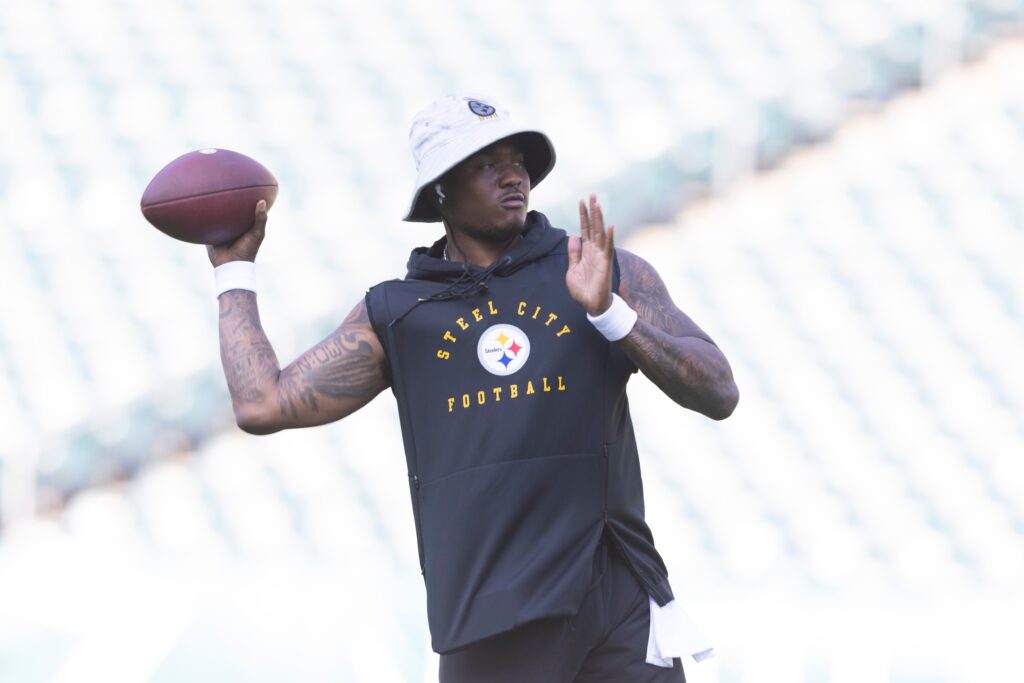 The wife of Pittsburgh Steelers quarterback Dwayne Haskins placed a frantic 911 call on a fateful morning he was struck by a dump truck and killed while walking on a highway in South Florida earlier this month.

As reported by TMZ, in the 911 recording, Kalabrya Haskins explains that her husband had called her at home in Pittsburgh to say he was stranded on the side of the side near I-95 in Broward County, Florida, and had to walk to get gas. He planned to call her back again once he returned to his car, but she never heard from him again.

Haskins called the police to express her concern after her husband failed to respond to her repeated phone calls.

“I kept calling and kept calling. He wasn’t answering. Eventually, after 10 minutes of calling the phone, eventually it cut off. It’s not working now,” Kalabyra told the dispatch officer, TMZ reported.

“I had his location. I just want somebody to go in the area and see if his car is there and if he’s OK and if anything happened to him.… That’s just not like him to not call me back and for his phone to go dead. He was stranded by himself. He was walking, though,” she says in the recording released on Twitter by South Florida media personality Andy Slater.

The dispatch officer then tells Kalabrya, “I don’t want you to panic, but I’m going to be honest with you. We do have an incident on the highway — but I can’t confirm if that’s your husband or not.”

In separate 911 recordings obtained by Slater, a witness described the incident on the highway, saying, “There was a man hit in front of me. I was traveling on the road, and I saw a dump truck hit the man.”

As reported previously by The Associated Press, the 24-year-old quarterback was doing workouts in South Florida with several teammates, including quarterback Mitch Trubisky, running back Najee Harris and tight end Pat Freiermuth the week he was killed.

According to the Florida Highway Patrol, Haskins was walking on a “limited access facility for unknown reasons” and was struck and killed by a dump truck while crossing the westbound lanes of Interstate 595, per Sports Illustrated. He was pronounced dead at the scene.

The Steelers released a statement extending their condolences.

“I am devastated and at a loss for words with the unfortunate passing of Dwayne Haskins,” Steelers coach Mike Tomlin said. “He quickly became part of our Steelers family upon his arrival in Pittsburgh and was one of our hardest workers, both on the field and in our community. Dwayne was a great teammate, but even more so a tremendous friend to so many. I am truly heartbroken.

Our thoughts and prayers are with his wife, Kalabrya, and his entire family during this difficult time.”

The family announced public memorials for Haskins will be held on April 23 and 24 in New Jersey and Maryland respectively.