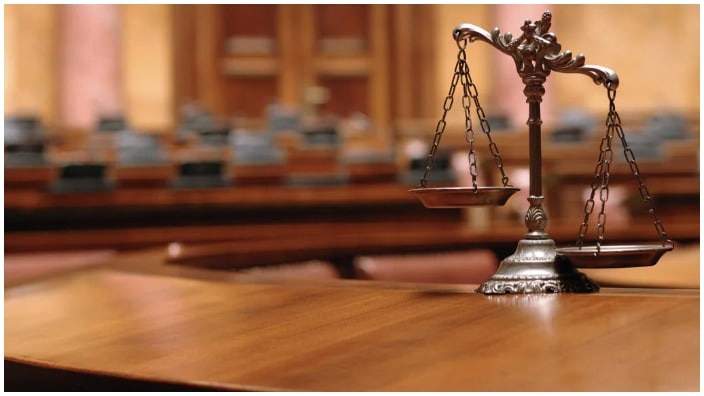 The family of a South Carolina man who a Hemingway officer killed has filed a federal lawsuit against the woman.

As reported previously by theGrio, officer Cassandra Dollard, 52, who is Black, fatally shot Robert Langley, 46, after the two engaged in a high-speed chase on Feb. 6. According to a South Carolina Law Enforcement Division press release, Langley, who was also Black, and unarmed, allegedly ran a stop sign.

According to WMBF News, the lawsuit alleges gross negligence and wrongful death against Dollard and the Hemingway Police Department, as well as the Town of Hemmingway, Williamsburg County and the South Carolina Criminal Justice Academy.

Langley failed to stop his car and Dollard used her vehicle to chase him for eight miles, according to the arrest warrant. The vehicles reached speeds greater than 100 mph before Langley crashed his car in a ditch in Georgetown County. As he exited his vehicle, Dollard shot Langley in the chest. He was transported to a nearby hospital where he died.

The lawsuit also claims Dollard failed to provide aid to Langley after the shooting.

Attorneys for the Langley family, Sen. Gerald Malloy, Bakari Sellers and Horry County Attorney Brana Williams, note in the complaint that Dollard has a history of misconduct that includes “striking the vehicle of a mother and small child after becoming frustrated and visibly angry, discharging her duty weapon and striking a dog while jogging off duty,” per a news release, ABC 15 reports.

Dollard also failed to call in stops or document encounters and was fired from two police agencies, WMFB reports.

In 2002, she was fired from the Johnsonville Police Department for “poor performance” and in 2014 she was booted from the South Carolina State Transport Police for inappropriate conduct, Count On News 2 reports. The lawsuit alleges that Dollard was recertified by the South Carolina Criminal Justice Academy and hired by Hemingway Police Department, despite evidence of “her substandard work history, inappropriate conduct, and hostility toward civilians.”

“It’s hard to believe that an officer with this kind of record wasn’t in jail, much less that she was recertified and hired,” Sellers said. “It’s irresponsible, it’s dangerous, and in this case, it was deadly.”

“You don’t get to put an officer with a history of misconduct and violence like this on the street to give her a badge and a gun and then wash your hands when there’s a tragedy like this,” Malloy said. “They were just as negligent as officer Dollard, and we intend to hold them responsible.”

Back in March dashcam video from the shooting was released.