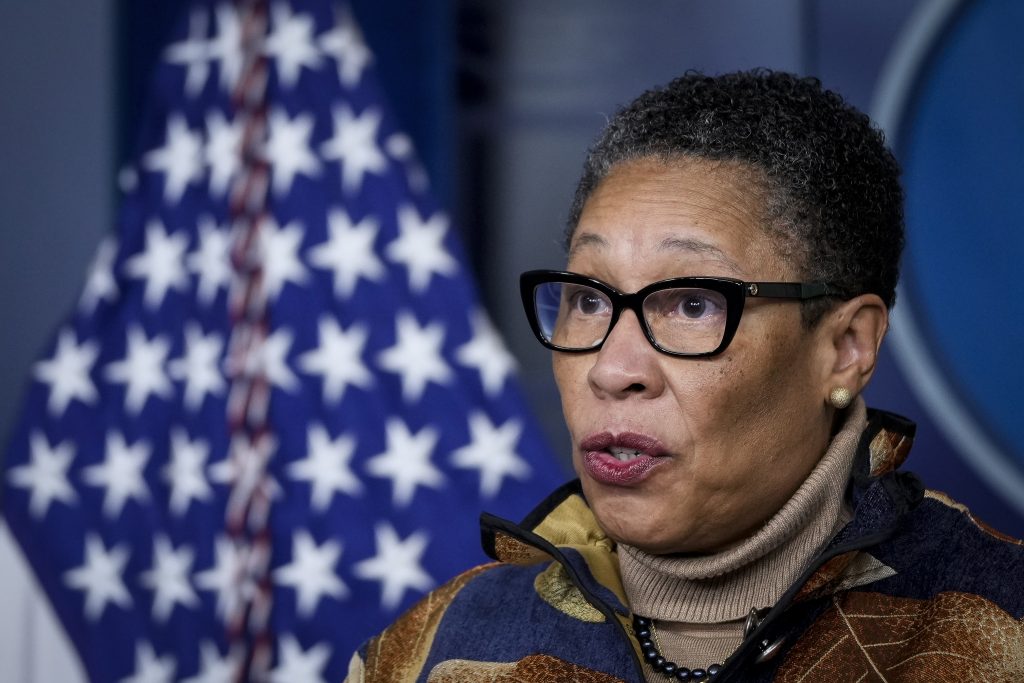 Marcia Fudge, Secretary of the Department of Housing and Urban Development, is leading the charge in cracking down on systemic racism in housing, telling theGrio, “They are going to be held accountable.”

On the first day of the Biden administration, the president signed an executive order for agencies to do their homework by evaluating each department’s existing policies to “rectify” the racial inequities that impact marginalized and underserved communities.

The Department of Housing and Urban Development (HUD), led by Secretary Marcia Fudge, released its equity action plan, which included a robust agenda to address the racial discrimination in housing. The issue also has its own line item in President Biden’s Fiscal Year 2023 Budget in the amount of $86 million in grants earmarked to prevent and redress housing discrimination.

According to the Biden plan, the funds support state and local fair housing enforcement organizations and bolster education, outreach, and training on rights and responsibilities under federal fair housing laws. More specifically, the Biden-Harris administration has zoned in on the issue of racial bias in home appraisals.

“Only 5% of the people who are certified as appraisers for houses, when you want to sell or buy, only 5% are people of color,” said Vice President Harris. “And what we have seen around the country and you probably heard the high profile examples of this is when Black homeowners want to sell their home and then you have to get the appraisal. Their home is appraised as far less.”

The vice president recognized some of the anecdotes shared by Black families across the country who used tactics like replacing photographs of their family with that of a white family during appraisals in an effort to get fair estimates for the value of their homes. Astonishingly, disguising the true race of the family proved to yield higher appraisals.

“There are stories like this in many places in our country, and a lot of it has to do with, of course, racial bias and systemic bias in a system such as home appraisals. So we’re dealing with that by requiring training for the appraisers,” said Harris.

HUD has drilled down even more on the issue by hiring Adjoa B. Asamoah to be the senior advisor for racial equity to Secretary Fudge. Asamoah, known for in role in creating The CROWN Act, is tasked with examining HUD’s policies and practices and conducting the critically important historical analysis needed to govern in a way that prioritizes and advances racial equity.

Fudge noted that the issue of disparate home appraisals critically impacts the pocketbook and overall wealth of Black homeowners.

“If we could just make the market fair, Black people would accumulate so much more equity in their homes that they would really have a big nest egg to leave. So what we have done is decided that it is important for us to expose the bias in the market and to make recommendations as to how we change it.

“So we have the appraisals and the groups responding to our report, trying to make the effort to at least start the process of training people properly and not discriminating against people because they live in Black or Brown communities…We just want the market to be fair so that people who choose to live in communities of color will still get the value that they are due for their homes.”

But Fudge did also acknowledge that the department’s goal isn’t to simply expose wrongdoings but, at some point, to look into consequences against appraisers who blatantly discriminate against Black and Brown homeowners.

“Yes, at some point, there is going to be a punishment that will go along with it,” said the secretary. “You can go back to your lender and request another appraisal and you have a right to get one or you give them the steps by which they can bring actions against these appraisers and these lenders. So absolutely, you’re going to start to see that they are going to be held accountable and responsible for what they do.”

The post HUD Secretary Fudge says there will be ‘punishment’ for racial bias in home appraisals appeared first on TheGrio.