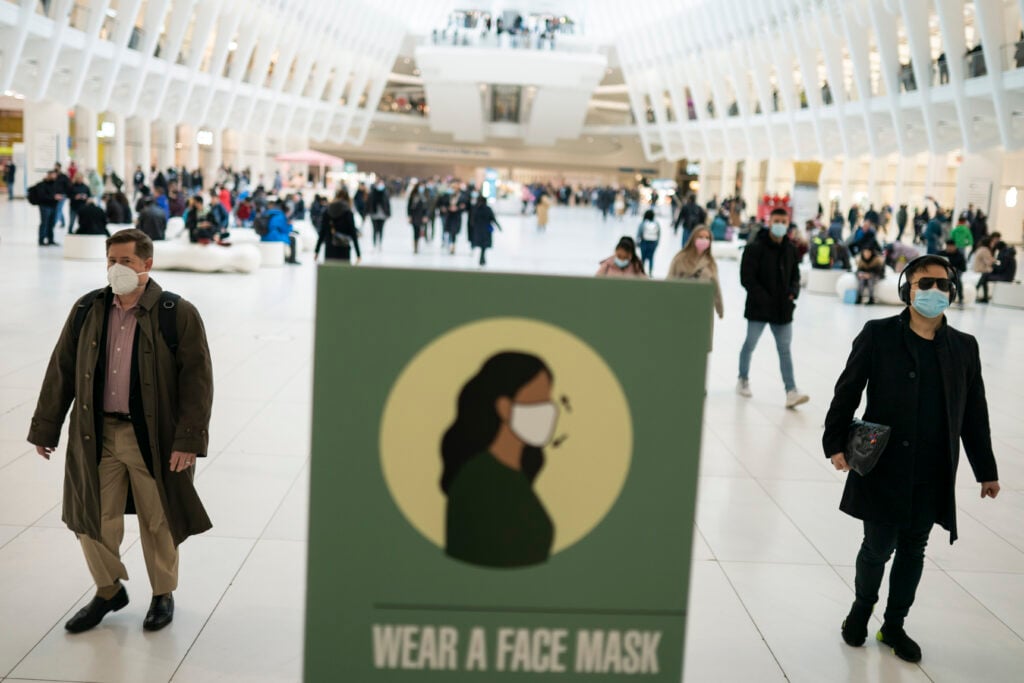 A judge ruled that masks no longer need to be worn on planes, trains, and in travel hubs, but the federal government disagrees

The Justice Department is filing an appeal seeking to overturn a judge’s order that voided the federal mask mandate on planes and trains and in travel hubs, officials said Wednesday.

The notice came minutes after the Centers for Disease Control and Prevention asked the Justice Department to appeal the decision handed down by a federal judge in Florida earlier this week.

A notice of appeal was filed in federal court in Tampa.

The CDC said in a statement Wednesday that it is its “continuing assessment that at this time an order requiring masking in the indoor transportation corridor remains necessary for the public health.”

It remained unclear whether the Biden administration would ask the appeals court to grant an emergency stay to immediately reimpose the mask mandate on public transit. An emergency stay of the lower court’s ruling would be a whiplash moment for travelers and transit workers. Most airlines and airports, many public transit systems and even ride-sharing company Uber lifted their mask-wearing requirements in the hours following Monday’s ruling.

A federal judge in Florida had struck down the national mask mandate for mass transit on Monday, leading airlines and airports to swiftly repeal their requirements that passengers wear face coverings. The Transportation Security Administration said Monday that it would it will no longer enforce the mask requirement.

The CDC had recently extended the mask mandate, which was set to expire Monday, until May 3 to allow more time to study the BA.2 omicron subvariant, which is now responsible for the vast majority of U.S. cases. But the court ruling Monday had put that decision on hold.

The CDC said it will continue to monitor public health conditions to determine if a mandate would remain necessary. It said it believes the mandate is “a lawful order, well within CDC’s legal authority to protect public health.”

Justice Department spokesman Anthony Coley said Wednesday night that the department was filing the appeal “in light of today’s assessment by the CDC that an order requiring masking in the transportation corridor remains necessary to protect the public health.”

Biden’s administration has offered mixed messages in the wake of the Monday ruling. While officials said Americans should heed the CDC’s guidance even if it was no longer a requirement, Biden himself suggested they had more flexibility on masking up during transit.

“That’s up to them,” Biden declared during a Tuesday visit to Portsmouth, New Hampshire. The White House nonetheless continues to require face coverings for those traveling with him on Air Force One, citing guidance from the Centers for Disease Control and Prevention.

White House press secretary Jen Psaki said Wednesday that Biden still is encouraging Americans to wear masks when traveling and that he had been “answering the question quite literally” a day before.

“People are not legally bound to wear masks,” she said, after the court order. “So, it is a point in time where it is up to people — it is their choice, in that regard.

After a winter surge fueled by the omicron variant that prompted record hospitalizations, the U.S. has seen a significant drop in virus spread in recent months, leading most states and cities to drop mask mandates.

But several Northeast cities have seen a rise in hospitalizations in recent weeks, leading Philadelphia to bring back its mask mandate.