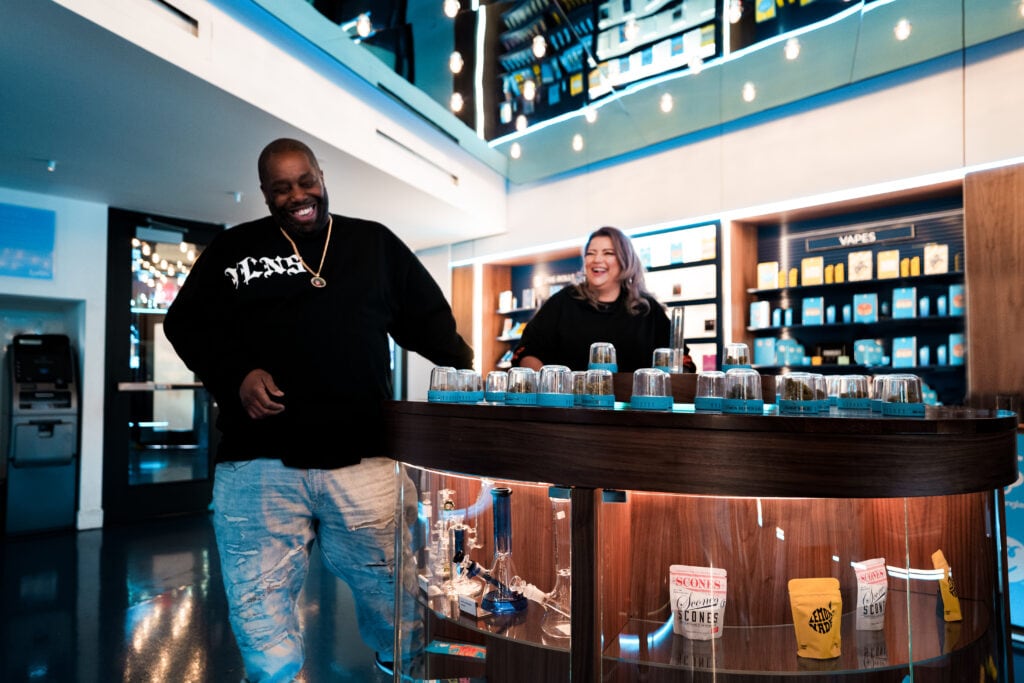 Interview: TheGrio spoke with the Grammy-winning rapper about his new VICE TV show, and how cannabis benefits American society.

Killer Mike has a lot of reasons to celebrate on April 20. For one thing, it’s his birthday. For another, it’s 4/20, the annual day of celebrating marijuana and cannabis in America. It’s also the premiere of his new VICE TV docuseries, Tumbleweeds with Killer Mike.

The four-part series is hosted by the Grammy Award-winning rapper/entrepreneur/activist, who travels to New York, Chicago, Las Vegas, and San Francisco to explore cannabis culture through comedy and community engagement. Mike, who has been an outspoken commentator on numerous socio-political issues, uses humor to enlighten Americans on how much cannabis can enrich lives.

The “Run The Jewels” rapper spoke with theGrio about Tumbleweeds, the art of “edu-tainment,” and why politicians need to listen to the public when it comes to legalizing cannabis nationwide.

“Americans like getting stoned no matter what race, creed, or ethnicity they are,” Killer Mike told theGrio. So, when Weedmaps, the leading online marketplace for cannabis consumers, asked him to host Tumbleweeds for Vice TV, he jumped at the chance.

Tumbleweeds with Killer Mike is a four-part travelogue that finds Mike speaking with comedians and members of the cannabis community.

One of the reasons Tumbleweeds was an appealing project for Killer Mike was because he wanted to dispel some of the lingering stigmas surrounding marijuana. This includes the misnomer that marijuana is a “gateway drug” to harder narcotics, as well as propaganda used as far back as the Nixon administration to “drive a wedge between” free-thinking white hippies and Black radicals who “didn’t fall for the race and class structure of this country.”

Killer Mike also had a personal stake in taking the Tumbleweeds gig. He found that hosting the show stimulated several aspects of his personality.

Comedy is something that comes easily to Mike. He displayed it quite often on his Netflix series, Trigger Warning with Killer Mike. On that show, he irreverently attempted revolutionary ideas and tasks, from making his own sovereign country to helping Crips create and market their own soda.

Killer Mike says combining humor with enlightenment has always been his modus operandi for reaching people with his messages. He notes that a classic Richard Pryor routine he heard as a child inspired him.

“I always would be intrigued by this bit that [Pryor] would do that was a conversation between winos and junkies,” Killer Mike recalled. “A lot of times, people who are on the outskirts of society are people who are alcoholics and people who are addicted heavily to narcotics. [But they were] some of the most pure and real conversations that he was imitating and emulating.”

Killer Mike said the crux of Tumbleweeds is the essence of Pryor’s bit and his method of connecting with his audience. “You get to see normal people who look and act like your neighbors. Give them an opportunity to speak out on behalf of marijuana in a funny and enlightening way. I’m an advocate for that. I like edutaining people. Not just educate, not just entertain, but a hybrid of both.”

Humor aside, Killer Mike takes cannabis very seriously. He believes many people all over the country want marijuana to be legal in America. Currently, cannabis is legal in only 37 out of 50 states for either recreational or medicinal purposes, and only 18 for recreational. Mike believes the citizens and the politicians are not seeing eye to eye.

Other governors need to be adopting the policies of states like Illinois and Colorado so that marijuana and other cannabis and hemp-based businesses can help stimulate the community and economy, Mike says.

It is with Tumbleweeds that Killer Mike hopes to help bring awareness about cannabis to the masses. The show will also address the issue of vacating prison sentences for Black and Latinx offenders in non-violent marijuana crimes. He also wants to see people of color own more cannabis dispensaries as its currently dominated by whites.

“I think that we can better find ways to have a [ownership] pathway for people of color, meaning Black people in particular, and the Spanish people because marijuana was made illegal on their backs. In 1937 when they were prohibiting marijuana use, a lot of racism would use or pertain to Mexican and Black people,” Killer Mike said. “I think the people that have been charged and convicted of non-violent marijuana offenses should be the first people allowed an opportunity to be in that business and should be major players in that business.”

The first two episodes of Tumbleweeds with Killer Mike will be available on VICE TV and its streaming apps on Wednesday, April 20, starting at 10 p.m. EST.

The post Killer Mike talks up his new ‘Tumbleweeds’ docuseries and cannabis culture in America appeared first on TheGrio.