Pooh Shiesty Sentenced to 63 Months in Prison Over 2020 Shooting 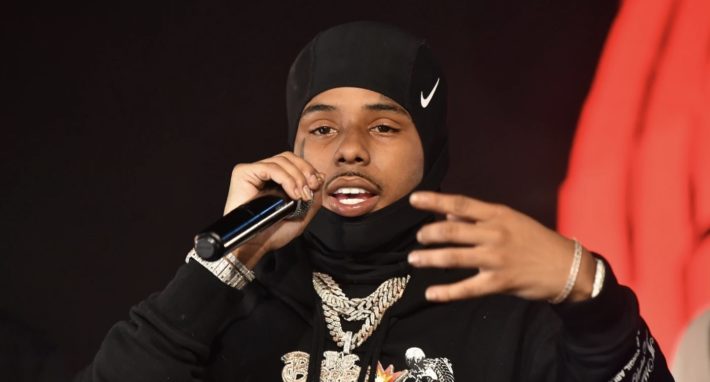 Pooh Shiesty learned how long he’ll be behind bars today. Nearly a year after he was arrested on firearms charges.

On Wednesday, the 22-year-old rapper—born Lontrell Williams Jr.—received a 63-month prison sentenced in his federal firearms case. U.S. District Judge Kevin Michael Moore announced the decision Wednesday in Miami Federal Court, more than three months after Pooh Shiesty pleaded guilty to a firearms conspiracy charge stemming from an alleged armed robbery at a Florida hotel. The rapper was accused of shooting 28-year-old Brandon Cooper in October 2020, when he allegedly met up with the victim to purchase marijuana and sneakers.

Prosecutors said the illegal transaction took a drastic turn, when Pooh Shiesty and his friends took the items without paying. Pooh Shiesty was accused of shooting Cooper in the buttocks before he and his crew fled the scene in a rented McLaren. As they drove away, a bag containing more than $40,000 in cash fell from the vehicle. Police managed to link the money to the rapper by referencing a serial number on a bill that was posted on Pooh Shiesty’s Instagram.

Though Cooper survived the incident, Pooh Shiesty was ultimately charged with four counts related to the shooting; but under the 2022 plea agreement, prosecutors agreed to drop three of the original counts, including one that carried a maximum sentence of life in prison. He was facing an eight-year prison sentence after pleading guilty to the single firearms conspiracy charge.

“Listen, nobody’s happy to go to prison, but he was happy the judge listened to our argument, and the judge received the argument well. He was satisfied with the outcome,” his attorney, Bradford Cohen, told Rolling Stone. “We’re happy with the decision of the court.”

According to the outlet, Pooh Shiesty was given credit for the one year he’s spent behind bars. He could be released in three and a half years with good behavior.

It’s unknown why Williams’ expected sentence of over eight years in prison was reduced to five years. Last month, it was reported that his lawyer was fighting the recommended eight-year sentence because “ballistics and forensic evidence” proved that Williams did not shoot the victim in the incident.

The post Pooh Shiesty Sentenced to 63 Months in Prison Over 2020 Shooting appeared first on LOVEBSCOTT.