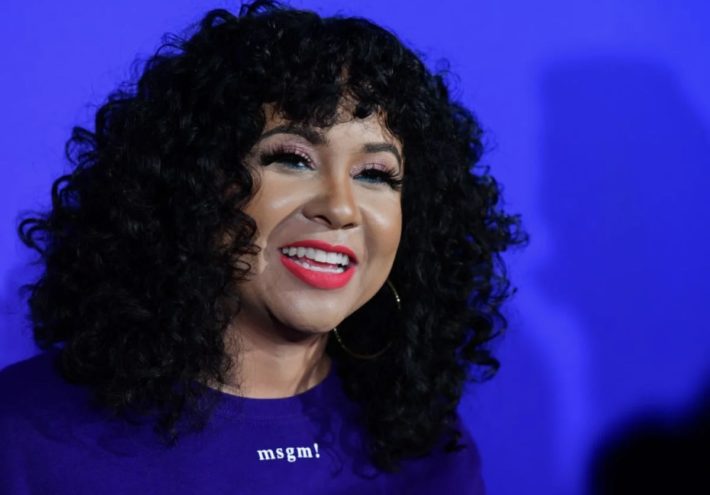 Radio personality Angela Yee is lending her talents to a new show to teach millennials and Gen Z all about financial literacy.

Imagine being one of the New York media’s movers and shakers, rubbing elbows with the city’s hottest tastemakers…all while drawing in debt.

That’s what happened to Angela Yee. In the earlier days of her building a personal brand, she said wanted to look the part and became obsessed with shoes, building a $70,000 collection to prove it. In a 2011 interview with PYNK Magazine, the legendary media personality took us into her closet and posed with her designer pieces that cost up to $2,500 a pair.

“No one ever really buys me shoes – I buy them for myself,” she said.

Unfortunately, that independence landed her in nearly $30,000 in credit card debt.

Now more than a decade later, not only did she dig herself out of the hole, she’s sharing what she learned along the way.

She recently partnered with Acorns to host an original YouTube show ‘The Come Up’to normalize money conversations. Among the guests are Nick Cannon, Remy Ma and Vice President of Roc Nation Lenny S.

“I have not always made the best financial decisions,” The Breakfast Club co-host shared with Essence. “What I want to do is normalize people discussing finances and not being awkward about those conversations. We talk about everything else and everybody else. So I feel like that’s something that needs to be on the table as well.”

Like many Black households, she said money was not a topic discussed at the dinner table growing up.

“I wish that I would have had somebody back then to be like, okay, Angela, does this make sense to you? Let’s go through this. Let’s talk about investing. But what are you doing for the future? Nobody was having those conversations with me because my parents definitely weren’t having it and they weren’t even having it with each other. The only conversations we had in the house was my dad yelling at my mother about bills that have to be paid, and she would sneak her purchases into the house.”

Despite the lack of early communication, she’s shifting the narrative that financial literacy is difficult to obtain, much like the Acorns’ mission. The app makes it nearly impossible for users not to invest wisely, by rolling “pocket change” from their linked bank accounts and auto allocating to an investment portfolio.

Its CEO, Noah Kerner said Angela was the perfect partner to help push their goal of helping people take their money journey seriously. “Angela has a unique ability to uncover people’s stories in a way that inspires action. And we share a deep passion for leveling the playing field and educating the up-and-coming about responsible money management.”

The episodes can be watched via Acorns on YouTube.