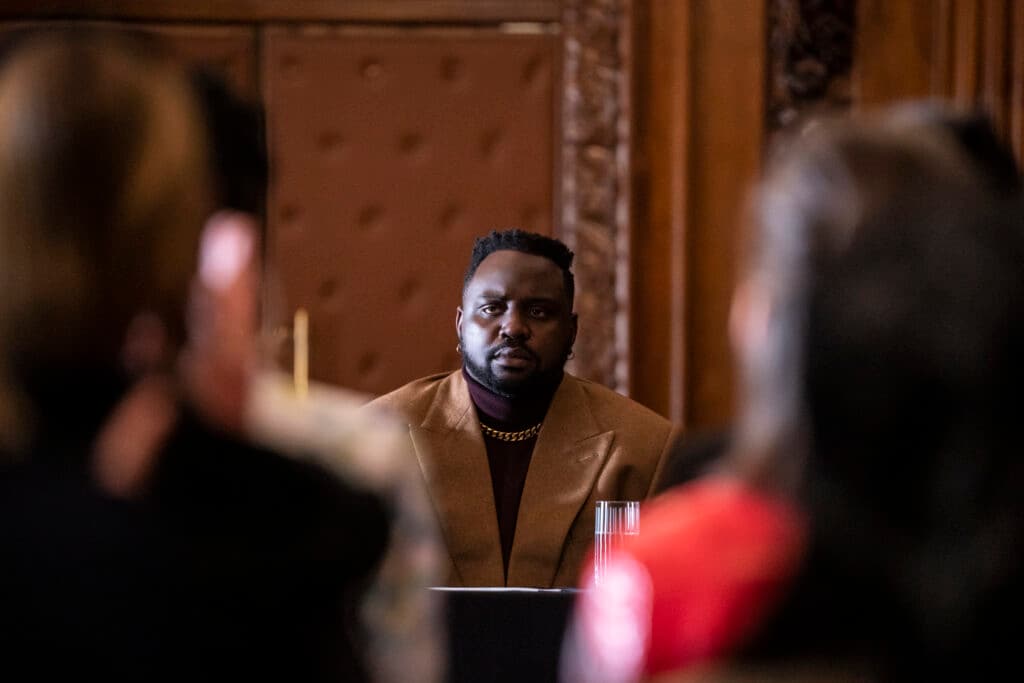 OPINION: In episode 6, ‘White Fashion,’ Paper Boi gets schooled on who gets to profit from racism.

What if you could personally profit from racism? Would you? I’m not talking about reparations for the entire community. I’m talking about just you. On Atlanta’s sixth episode, “White Fashion,” we see several people trying to profit from racism but Paper Boi’s journey into faketivism and Earn’s retort to a Karen attack are entirely different examples of profiting from responding to racism.

The episode opens with a fashion designer who recalls Marc Jacobs, John Galliano or a young Karl Lagerfeld. He’s planning a collection that is inspired by Central Park. He will use the number five throughout the collection to celebrate the brand’s fifth year of existence. And there are no Black people around to point out that they are sailing directly toward the iceberg of racism. They make a high fashion sports jersey and on the back it says…Central Park 5.

Were they intending to be racist or insensitive? No. Is this indicative of the bad outcomes that can happen when there’s nothing but white people in the decision tree? Yes. Does this brand need some Black people to come to their rescue and proclaim that they’re not racist? Absolutely. Paper Boi arrives to be one of their professional apologists—excuse me—to be part of their diversity advisory board. That just means he’s one of the Black people who will work with them to get them through the PR storm—though he’s not being paid money for his time and effort. “We can’t give you actual cash,” the designers say. “That would look disingenuous.” Wow.

For me, it all recalls the NFL hiring Jay-Z—they were in a racial crisis so they got Hov to stand beside them to make them look not racist. When you’re a brand in trouble, you need a Black person to proclaim you’re not racist. And when you’re a professional apologist, you must communicate that the institution is non-racist so white people feel comfortable continuing to support it while also making Black people stop protesting. You must be both the smiling professional Black best friend who reassures people of the accused’s inner goodness as well as the wrangler of all those who are causing them trouble. This is Paper Boi’s first time apologizing for white people, so he makes all kinds of mistakes—when they ask him if racism is over, he says no. When they ask him what he wants them to do, he suggests things that will actually help Black people. The activists he’s working with know how this charade should go.

This episode is savage in its parodying of the veteran activists who arrive to rescue the brand in distress. They’re focused on making sure they get something for themselves. One of them says, “I haven’t paid for a meal in 73 police shootings.” Incredible line. They’re not at all thinking about helping Black people or even making sure the brand is actually held accountable. After one of their self-involved suggestions, Paper Boi asked, “How does that help Black people?” The response: “I’m Black and it’s helped me a whole lot.” That destroyed me. But it’s so real.

This is what some Black people fear some Black activists are really like—preying on companies that need to apologize for racism in order to boost themselves. When we see BLM leaders today!