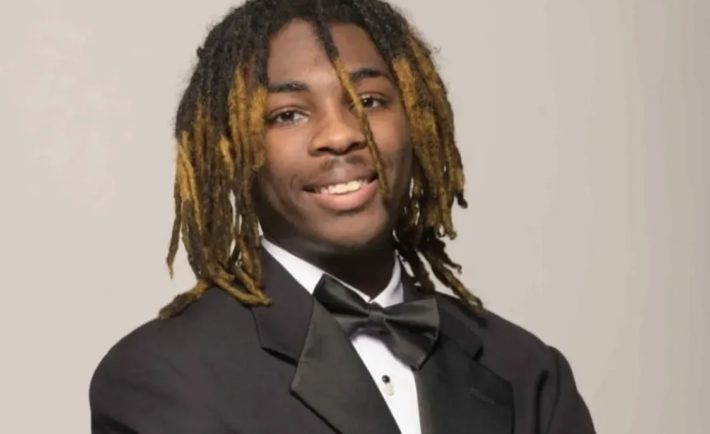 Jacob Rush, a senior and straight-A student at the Pensacola Christian school was looking forward to his graduation when his mother abruptly received a letter telling her that the locs he had in his senior photos had to be snipped or shortened, or else he would not be allowed to walk at the ceremony.

Wednesday (April 20), Abeka Academy in Pensacola, Florida announced its decision in allowing Jacob Rush II, a Black student, to walk for graduation with his locs.

The school had previously informed Rush that he would not be permitted to walk for his high school graduation after alerting him that his locs violated their school policy.

“Natural-colored hair neatly combed and tapered and may not come over the ears, eyebrows, or collar (no braids, dreadlocks, buns or ponytails),” is what the school’s former guidelines stated.

Practices like these are why many are pressing for the CROWN Act — a law banning any hair-related discrimination based on national origin or race — to be passed in more states. According to Washingtonian, the CROWN Act and other similar legislations are only enforced in 14 out of the 50 states, with Florida not being one of them.

After being told that his four years as a top-performing student would be dismissed due to a traditional style of hair, Rush’s family began a petition that garnered over 100,000 signatures. Celebrities like Tabitha Brown and Kim Kardashian even shared his story with their followers. With a spotlight placed on the issue, the school revised its policy.

The new guidelines will no longer bar students with locs or braids from participating in any graduation ceremonies.

On Wednesday, Rush’s Attorney Sue-Ann Robinson posted the news on her social media. “Hey Counsel,” — which she affectionately calls her followers — “good news JACOB RUSH II CAN WALK in his high school graduation WiTH his locs Appreciate y’all.”

A photo of the press release was included in the post. It read, “The previous guidelines were a blatant example of hair discrimination addressed by The Crown Act. I applaud Jacob and his family for demanding that he be able to walk and this protects future students from hair discrimination. Jacob is an honor student and has a 4.0 GPA. Jacob walking in this ceremony will be [a] celebration of his personal success as well as a win for African American culture.”

One of Rush’s family members added, “I am very pleased that Jacob will be able to walk in his graduation ceremony. He has worked so hard, made the honor roll and excelled academically.” She continued, “His bravery and outpouring of support from the community contributed to [gettting] the changes made that will help other students.”

The graduation ceremony will take place on May 21, 2022, in Pensacola, Florida.