Courtney B. Vance fights for justice in ’61st Street’ clip 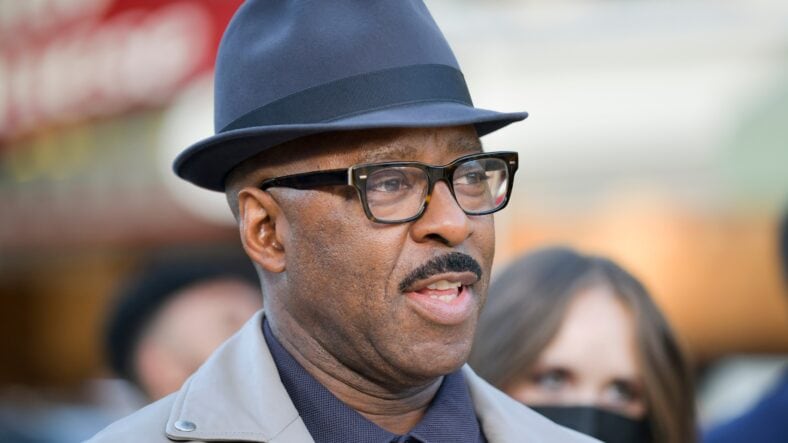 ’61st Street’ is currently airing on AMC, with performances by Vance, Aunjanue Ellis and more

Episode 3 of AMC’s buzzy new series 61st Street is set to air this Sunday, and theGrio has an exclusive sneak peek at the upcoming episode.

Led by Courtney B. Vance, 61st Street is a brand new thriller series perfect to add to your TV watch list. Set in Chicago, the show, “courses through the dark heart of the infamous Chicago criminal justice system as police and prosecutors investigate a deadly drug bust that threatens to unravel the police department’s code of silence.”

With Ellis (fresh off an Academy Award nomination for King Richard), Mark O’Brien, Holt McCallany, Tosin Cole, Andrene Ward-Hammond, and Bentley Green rounding out the cast, the series is one of the most exciting shows to premiere this year. In the exclusive clip obtained by theGrio, Vance’s character, Franklin Roberts, and Moses Johnson, (Cole) wait to hear Johnson’s bail amount.

In a stirring turn of events, Johnson’s bail is set at an unimaginable $1M. This leads to a powerful exchange between Roberts and Johnson’s mother, Norma Johnson, played by Ward-Hammond. Though she needs at least $100K to get her son out on bail, Norma is determined to come up with the money, despite Roberts’ doubts. “This is my son we’re talking about, it’s his life,” she says. “If it’s money that we need, it’s money we’ll get.”

Check out the exclusive clip below:

New episodes of 61st Street air Sundays at 10 p.m., with episodes available to stream on AMC+ and ALLBLK a week early.

The post Courtney B. Vance fights for justice in ’61st Street’ clip appeared first on TheGrio.