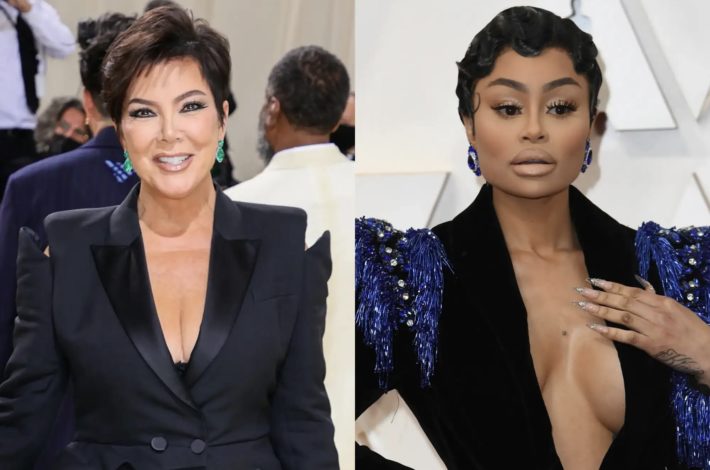 Kris Jenner took the stand on the third day of Blac Chyna’s $108 million defamation lawsuit against the Kardashian-Jenner family and told the courtroom that she discussed allegations that Blac Chyna threatened her daughter Kylie Jenner with Tyga and Kylie “numerous times.”

During her testimony, Kris was questioned by Chyna’s attorney, Lynne Ciani, regarding statements she’d made during previous depositions about threats she’d been told Chyna had made against her daughter, Kylie Jenner, who was not in court on Thursday but has been on previous days.

According to the Kardashian-Jenner family matriarch, she’d heard from Kylie and her then-boyfriend, rapper Tyga — who is also the father of Chyna’s 9-year-old son, King Cairo — that Chyna had threatened their lives and had been physically abusive towards Tyga.

Kris claimed she had a discussion with Kylie about the alleged death threats and admitted they never spoke to the police regarding them. Kris told the court, “We kept it internal, between the family.”

Kris also testified that she had been told by Tyga that Chyna was abusive, and allegedly cut him with a knife. However, Kris stressed that all the stories about the alleged threats and abuse were heard secondhand.

When asked if she’d ever seen any injuries on Tyga or signs of physical abuse, Kris said she doesn’t know and explained, “I would only know what Tyga and Kylie told me.”

Kris was also asked if the stories about Chyna’s alleged threats caused her concern when Chyna began dating her son. Kris said she didn’t realize how serious the relationship was until they got engaged, and then she put her concerns aside because she “wanted them to have a happy ending.”

“They were working on past mistakes, and we hoped for the best, and for them to change, but it didn’t,” Kris said.

Kris went on to say that, during Chyna’s relationship with Rob and the filming of the first season of Rob & Chyna, she and Chyna didn’t speak much. But, when they did, they had conversations about work, the nursery and pregnancy.

“I was trying to be a mentor to her,” Kris said, stating that was the extent of their conversations.

Kris’ testimony is the latest development in a tense and frequently emotional courtroom battle between Chyna and the Kardashian family. Chyna first filed the $100 million civil suit in October 2017 against Rob (for assault, battery, harassment) and his family (defamation), claiming, for starters, that the “Kardashian-Jenner family became media predators, sl**-shaming her on social media and killing her hit television show,” as a form of “revenge” for leaving Rob.

Kris was back on the stand Friday for a second day of testimony in Chyna’s trial, claiming she thought Blac Chyna was going to kill Rob Kardashian when she pointed a gun to his head back in December 2016.