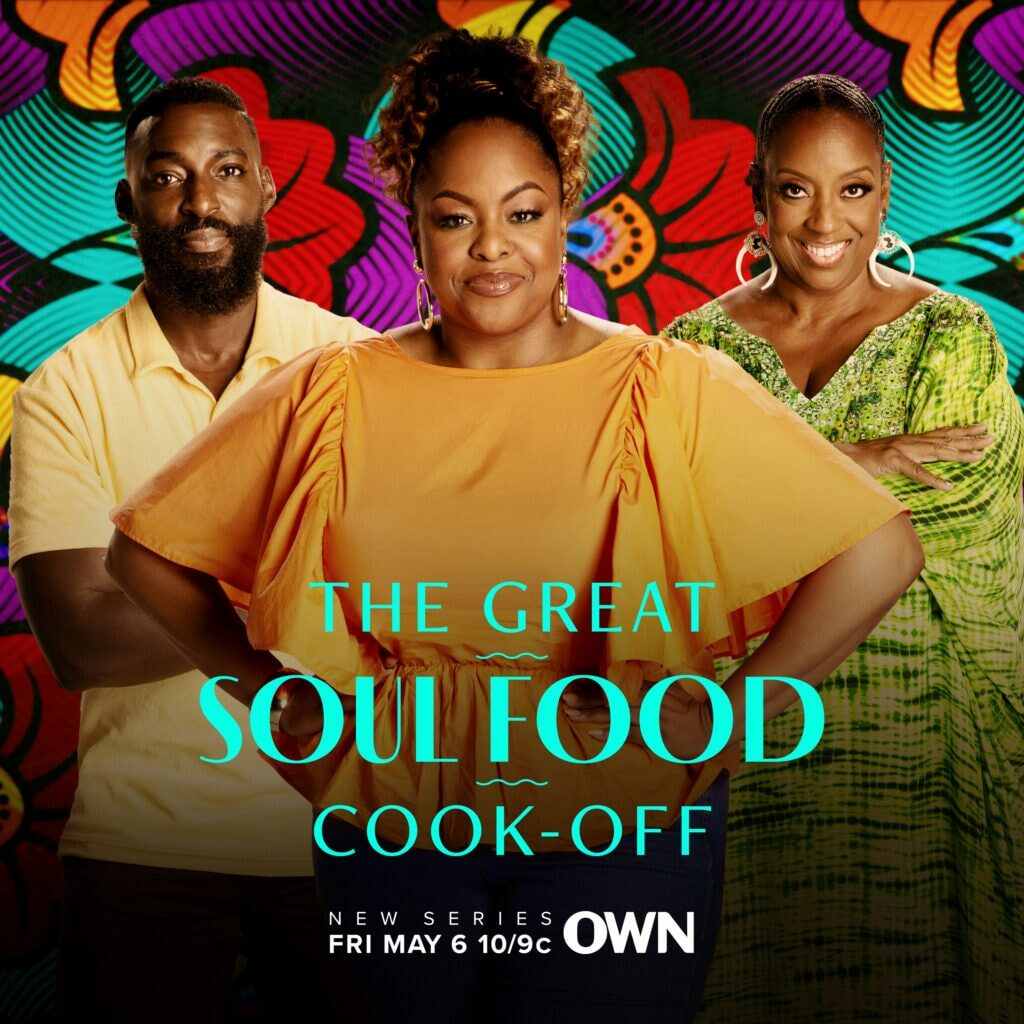 The series, hosted by Food Network’s Kardea Brown, is described as “high stakes, spiritual and emotional”

Get ready for your next favorite food competition series. OWN has announced the premiere of The Great Soul Food Cook-Off, which is set to launch on the network this May.

The Great Soul Food Cook-Off is described as a “first-of-its-kind soul food cooking competition series,” which celebrates various Black chefs and cooking traditions. Highlighting Black culinary staples that are “the cornerstone of American cuisine,” the series will feature six, one-hour episodes from May 6 – June 10.

“Today, we see Black culture recognized like never before in music, film, fashion, TV, sports, and more, but that same cultural recognition remains long overdue in the kitchen,” the official press release explains.

“OWN partnered with discovery+ via the original series, “The Great Soul Food Cook-Off,” in a cooking competition that spotlights the culinary contributions of Black chefs with challenges designed to highlight the past and present of soul food.”

Tina Perry, president, OWN: Oprah Winfrey Network, shared in a statement, “Soul food describes a style of cuisine that represents the creativity and skill of Black cooks from many cultures within the African diaspora. This series is a celebration of long-standing traditions we hope to introduce and spotlight for new and existing viewers as we shine a light on a few of today’s most talented Black chefs and culinary curators.”

The Great Soul Food Cook-Off is produced by Good Egg Entertainment, the same production company behind Chopped, the hit food competition series on The Food Network.

The brand new series premieres Friday, May 6 at 10/9c on OWN.