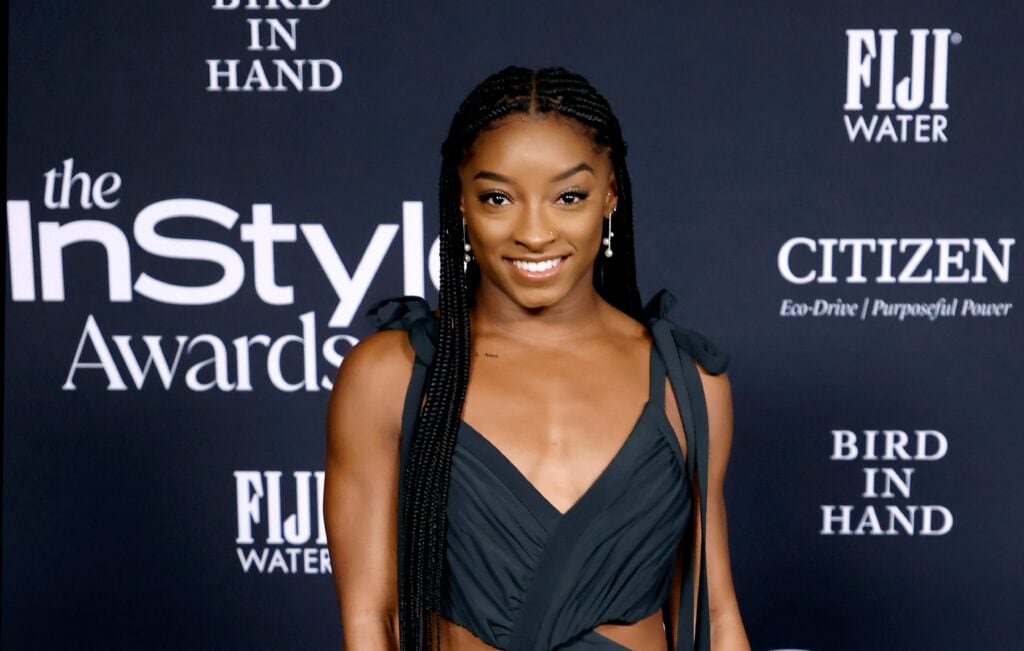 In an exclusive interview with , Biles posed for photos in Los Angeles at Galia Lahav bridal shop, where she chose two gowns for her big day. In her interview with People, she said, “I already have my dresses, so that’s good, because it takes a while to get into production and stuff like that.”

The Olympian, who made an appearance on the final episode of black-ish this week, also told People more details about her engagement, saying that she was “actually very surprised” when Owens proposed. “I didn’t know it was coming. He’s very good at secrets.”

Biles said the couple went to a restaurant for Valentine’s Day and that there was a photographer present, adding, “which now I know he set it up.”

She said she started wondering if Owens, who plays for the Houston Texans, was about to propose. “I started shaking really bad because then I was like, ‘Wait, hold up. What if he proposes?’ But I didn’t want to get my hopes up … and then he did it,” she says. “And I was just like, I kind of had a feeling, but I wasn’t sure.”

Her instinct was right. Owens proposed and Biles later posted pictures from the big night on Instagram, calling her answer “THE EASIEST YES.” She added: “I can’t wait to spend forever & ever with you, you’re everything I dreamed of and more! let’s get married FIANCÉ.”