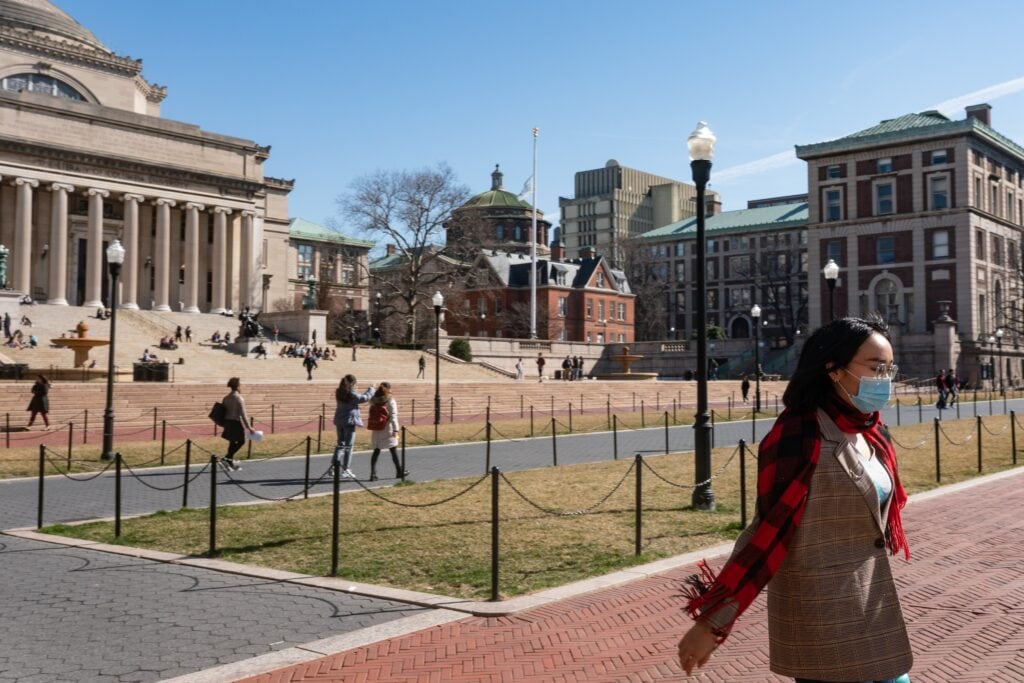 These commemorations are part of a research project that investigated the university’s connection to slavery and how the profits from slavery helped fund the school.

Columbia University will acknowledge its ties to slavery and racism by adding historical markers to four residence halls. As reported by Reuters, the digital markers will be installed this fall and could become permanent plaques.

Of the four digital commemorations, two will honor the notable Black students who attended Columbia under difficult circumstances, and two others will acknowledge previously highly-regarded white founders’ associations to slavery.

A plaque at Hartley Hall will celebrate the Black students who lived there in the early 20th century, among them poet Langston Hughes.

Similarly, at Furnald Hall, the memory of Frederick W. Wells, the victim of a 1924 incident involving the Ku Klux Klan who targeted him as the school’s first Black law student living on-campus, will be honored.

Several klansmen wearing robes and hoods shouted racial slurs and burned a seven-foot-tall wooden cross near the dorms where the 24-year-old Tennessean was living.

Markers will also be installed at residence halls John Jay Hall and 50 Haven Avenue (previously named Bard Hall). The notations will acknowledge that John Jay, “Bard owned three people as slaves, according to the 1790 census.” He is now notorious for his 1776 New York Gazette advertisement which offered a $10 reward for the return of a formerly enslaved man named James who had escaped.

These commemorations are part of a research project that began in 2015 at the behest of Columbia University President Lee Bollinger. The project investigated the university’s connection to slavery and how the profits from slavery have helped fund the school.

The project gained momentum following the murder of George Floyd at the hands of the police in May 2020.

The Ivy League school joins a list of educational institutions that have recognized their historic links to slavery, including Harvard Law School, Rutgers University, the University of Mississippi and the University of South Carolina.

“These markers are an invitation for us to talk about the complicated legacies of namesakes and the complicated ways in which blood money from slavery is woven into old institutions like Rutgers,” Rutgers President Jonathan Holloway said in a statement.