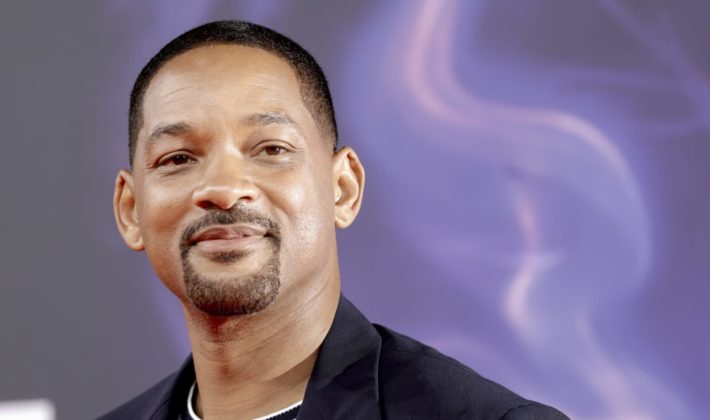 Will Smith, whose recent win for Best Actor at the Oscars was understandably overshadowed by his decision to slap and shout obscenities at Chris Rock when the comedian made an ill-advised crack about Jada Pinkett Smith, has kept a low profile of late.

Will Smith has been photographed for the first time since the night of the 2022 Oscars, where the Best Actor winner slapped Chris Rock onstage over a joke aimed at wife, Jada Pinkett Smith.

The “King Richard” star appeared to be in great spirits in photos where he’s seen smiling with fans, taking pictures and waving to onlookers at a private airfield Saturday in Mumbai, India.

While the purpose of the the star’s trip is currently unknown, it’s likely a welcome escape for the actor, who was banned from all Academy of Motion Picture Arts and Sciences events for 10 years after publicly assaulting Rock due to a G.I. Jane joke about Pinkett Smith, who suffers from hair loss condition, alopecia.

After smacking the actor in her defense, Smith shouted at Rock, “Keep my wife’s name out your f–king mouth!”

The following day, the “Independence Day” star issued an apology to Rock and The Academy for his behavior.

“My behavior at last night’s Academy Awards was unacceptable and inexcusable. Jokes at my expense are a part of the job, but a joke about my Jada’s medical condition was too much for me to bear and I reacted emotionally.”

Smith went on to apologize to “the Academy, producers of the show, all the attendees and everyone watching around the world,” as well as to “the Williams Family and my King Richards Family.”

“I deeply regret that my behavior has stained what has been an otherwise gorgeous journey for all of us,” he concluded. “I am a work in progress. Sincerely, Will.”

Smith also resigned from The Academy shortly before being banned.