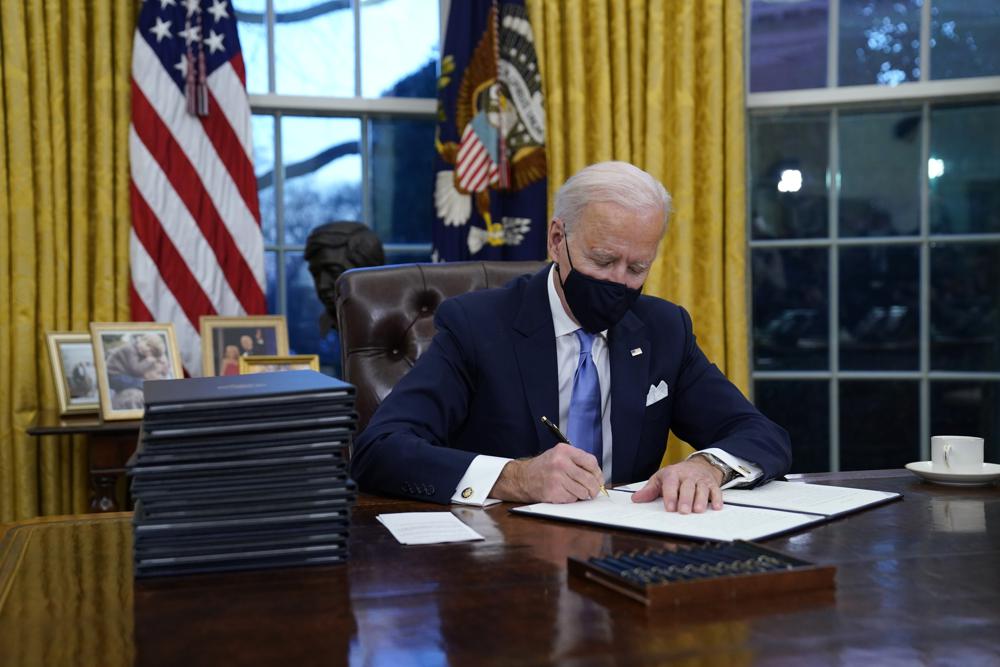 Advocates look for results from Justice40 program, which promises 40% of federal climate spending to go to disadvantaged communities

Three Louisiana-based environmental advocacy groups are seeking to press the Biden administration on its environmental justice plans by training community leaders to push for clean energy investments in their neighborhoods.

The groups received $14 million for the initiative, which looks to ensure the federal government follows through on environmental commitments that Joe Biden made early on in his presidency for disenfranchised communities, the Associated Press reported.

Through the “Justice40” project, the Biden administration pledged that 40% of federal spending on climate and clean energy would go to disadvantaged communities.

“Now, one year on, #Justice40 must be implemented with increased urgency,” the Bezos Earth Fund said in a tweet earlier this year.

Groups around the country have taken an interest and mobilized around environmental justice issues. Black communities disproportionately suffer from dirty air caused by large businesses and emissions from cars.

The Environmental Protection Agency notes pollution leads to health problems that include heart and lung disease. Researchers believe there’s a link between air pollution and Type 2 diabetes, which half of Black people stand a chance of getting, theGrio reported.

In Louisiana, the groups holding the workshops want to empower local leaders to advocate for projects that benefit their neighborhoods.

One issue that has already caused concern is that the federal government has removed race as a factor in determining which communities benefit. Some groups believe excluding race will leave out some areas that desperately need help.

The White House has said it excluded race in hopes the program would survive a potential court challenge, according to CNN.

“We are all too familiar with the intentional disconnect between federal actions to address institutionalized harm and local and state implementation,” WE ACT director Peggy Shepard told The Advocate. “We will work to mobilize advocates, elected officials, and other stakeholders to advocate for centering environmental justice.”