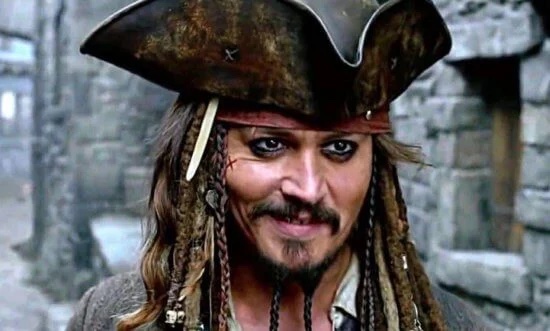 The 58-year-old actor made the claim during the ongoing defamation trial against his ex-wife, Amber Heard. Depp is suing the 36-year-old actress for $50 million, saying her claims of domestic abuse severely damaged his reputation and Hollywood career. He spoke about his experience while being question by his own lawyer, claiming he was dropped from the Pirates of the Caribbean franchise after Heard penned a December 2018 op-ed in which she alluded to the abuse allegations.

Depp initially told the court that Disney had cut ties with him just days of the Washington Post piece was published; however, Heard’s attorney later pointed to an October 2018 Daily Mail article that Depp was “out as Jack Sparrow.” Heard’s lawyer, Ben Rottenborn, questioned how his client’s op-ed could’ve affected Disney’s decision, as it was published two months after the Daily Mail report.

“I wasn’t aware of that, but it doesn’t surprise me,” Depp testified Wednesday, as reported by Variety. “Two years had gone by of constant worldwide talk about me being this wife beater. So I’m sure that Disney was trying to cut ties to be safe. The #MeToo movement was in full swing at that point.”

Heard first accused Depp of domestic abuse in 2016, when she filed a restraining order against her then-husband. The former couple reached a settlement agreement several months later, and released a joint statement that read: “neither party has made false accusations for financial gain.”

During his cross-examination Wednesday, Depp told the court he wanted to fight the abuse claims, but was advised against it. He said he agreed to pay Heard a $7 million settlement because she pledged to donate it to charity.

“Once that happened, I lost then,” he said, referring to Heard’s claims. “No matter the outcome of this trial, I’ll carry that for the rest of my days … I’m suing her over defamation and the various falsities that she used to bring my life to an end.”

Depp starred in the first five installments of the Pirates franchise, but was dropped from the series before its sixth installment, which has yet to be completed.

“The fact is, Mr. Depp, if Disney came to you with $300 million and a million alpacas, nothing on this Earth would get you to go back and work with Disney on a Pirates of the Caribbean film? Correct?” Rottenborn asked.

The trial will resume Monday in Virginia court. Heard is countersuing Depp and his legal team for $100 million, claiming they’ve smeared her as a liar.

That’s too bad. His performance as Jack Sparrow will forever be legendary.

The post Johnny Depp Says He’ll Never Do Another ‘Pirates of the Caribbean’ Film appeared first on LOVEBSCOTT.