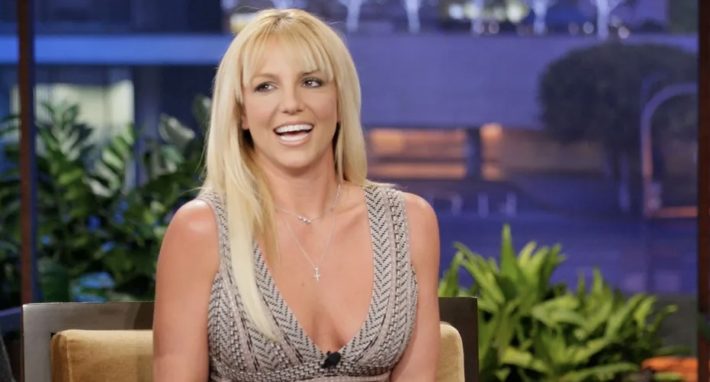 Britney Spears won’t be on social media for a while.

On Sunday, the pop icon took to Instagram to announce that she’ll be taking a break from social media, as she awaits the birth of her third child.

“I’m going on a social media hiatus for a little while !!!” Spears captioned a post, which appropriately contained a video of a baby in sunglasses with a mini vanity set. “I send my love and God bless you all.”

Spears’ social media break comes just weeks after she announced that she’s having a “Baby One More Time.” Britney already has two kids in 16-year-old Sean and 15-year-old Jaden, whom she shares with ex Kevin Federline. Her soon-to-be third child will be shared with fiancé Sam Asghari, whom she met on the set of her “Slumber Party” music video back in 2015.

“I obviously won’t be going out as much due to the paps getting their money ? shot of me ? like they unfortunately already have,” Britney wrote earlier in the month. “It’s hard because when I was pregnant I had perinatal depression…I have to say it is absolutely horrible ?…women didn’t talk about it back then…some people considered it dangerous if a woman complained like that with a baby inside her…but now women talk about it everyday…thank Jesus we don’t have to keep that pain a reserved proper secret ? ???…This time I will be doing yoga ???? every day!!! Spreading lots of joy and love ?!!!”

Asghari shared what the moment meant to him, too, writing on social media that “marriage and kids are a natural part of a strong relationship filled with love and respect.”

“Fatherhood is something i have always looked forward to and i don’t take lightly. It is the most important job i will ever do,” he said.