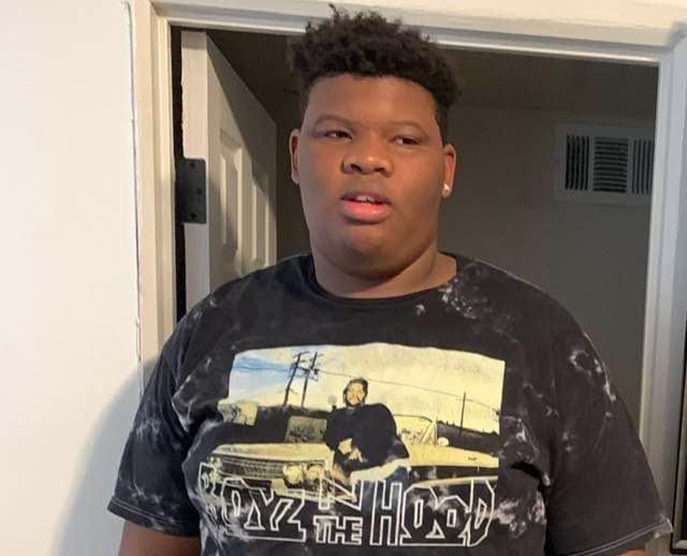 The family of 14-year-old Tyre Sampson, who fell from a Florida amusement park ride last month, filed a wrongful death lawsuit on Monday.

Sampson, a Missouri teenager on vacation, died after falling from the Orlando FreeFall attraction at ICON Park around 11 p.m. on March 24, officials previously said.

In the complaint, parents Nekia Dodd and Yarnell Sampson say their son, an “honor-roll student and football player,” was on a Spring Break trip when he “fell at least a hundred feet to his death” after being “ejected” from the ride.

“Despite his prowess on the football field, he was known as a kind-hearted person who cared about others,” the complaint reads. “Tyre had a long and prosperous life in front of him that was cut short by this tragic event.”

The lawsuit is filed against a number of entities associated with the amusement park ride, including owner-operator The SlingShot Group, Icon Park, ride manufacturer Fun Time Thrill Rides, and Gerstlauer Amusement Rides, which manufactured the seats and harnesses. None of the named parties immediately responded to PEOPLE’s requests for comment.

The complaint alleges the amusement park ride was “unreasonably dangerous” and staff was negligent to permit Sampson, who was 6-feet-2-inches tall and weighed approximately 380 pounds, to get on the ride.

“The Icon Park’s Free Fall ride is the world’s tallest free-standing drop tower standing at 430 feet. Once the ride reaches the top, it tilts forward 30° and free falls several hundred feet at speeds of more than 75 miles per hour,” the complaint states. “Upon coming to a stop, the riders experience a g-force of around 4. To put this into perspective, the g-force experienced by astronauts during shuttle take-off is 3.”

The complaint also alleges that unlike “most” similar free fall rides, the attraction “only had an over-the-shoulder harness to ‘secure’ riders.”

The lawsuit was filed a week after new details about what may have contributed to Sampson’s death were released by Florida officials.

A report finalized by Quest Engineering and Failure Analysis “confirmed our department’s finding that the operator of the Orlando drop tower made manual adjustments to the ride, resulting in it being unsafe,” Florida Department of Agriculture and Consumer Services Commissioner Nikki Fried said in a press conference.

“The report confirms manual adjustments had been made to the sensor for the seat in question to allow the harness restraint opening to be almost double that of the normal restraint opening range,” Fried continued. “These mis-adjustments allowed the safety lights to illuminate, improperly satisfying the ride’s electronic safety mechanisms, which allowed the ride to operate, even though Mr. Sampson was not properly secured in the seat.”

“As noted in the report, there are many other potential contributing factors that may have played a role in the incident, and that is what our department is continuing to investigate,” Freid added.

“We are deeply troubled that the preliminary findings of the State’s investigation indicate a sensor on the Orlando FreeFall attraction, which is owned and operated by the SlingShot Group, had been mis-adjusted after the sensor was originally secured in place,” ICON Park said in a statement to PEOPLE at the time.

“ICON Park is committed to providing a safe, fun experience for families,” the statement continued. “We will continue to support the Florida Department of Agriculture and Consumer Services with their ongoing investigation.”

“??Orlando Slingshot has fully cooperated with the State during the initial phase of its investigation, and we will continue to do so until it has officially concluded. All protocols, procedures and safety measures provided to us by the manufacturer of the ride were followed,” Trevor Arnold, attorney for Orlando SlingShot, said in a previous statement to  PEOPLE.

“Today’s report suggests a full review of the ride’s design, safety, operation, restraint mechanisms and history – which of course we welcome. We look forward to working with the Florida legislature to implement change in the industry, as the safety of our patrons is always our top priority,” the statement continued.??

A GoFundMe has been set up by Sampson’s mom.