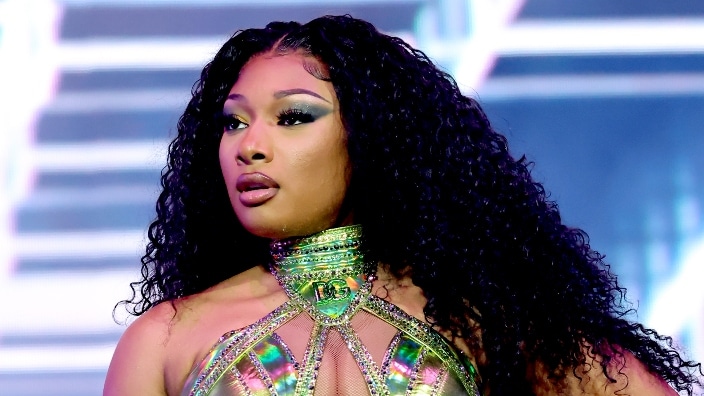 Megan spoke with Gayle King on “CBS This Morning,” addressing her claims that Lanez shot her in July 2020.

Rap superstar Megan Thee Stallion spoke with Gayle King in her first interview in which she addresses her allegations that Tory Lanez shot her in July 2020.

USA Today is reporting that the full interview will air early Monday on CBS This Morning; the network released a brief teaser Sunday in which the Grammy winner tearfully recounted what happened.

In the clip, Megan tells King that the incident started as an “argument because I was ready to go, and everybody else wasn’t ready to go. But that’s like normal friend stuff. We fuss about silly stuff all the time.”

Tearfully, she maintained, “But I never put my hands on anybody, I never raised my voice too loud. Like, this was one of them times where it was like – it shouldn’t have got this crazy.”

“It shouldn’t have escalated,” King said.

The rap star said she got out of the car and “everything happened so fast.” She added, “all I hear is this man screaming, ‘Dance, b**ch,’ and he started shooting.”

King, the veteran broadcast journalist, asked the rapper if she was “afraid for your life at that time.”

“I was really scared,” Megan Thee Stallion replied, choking up, “because I had never been shot at before.”

Lanez was officially charged on Oct. 8, 2020, with one count of assault with a semi-automatic firearm and one count of carrying an unregistered weapon. If convicted, the rapper faces 23 years behind bars. According to The Cut, Lanez, Megan — who was not explicitly named in the charges — and two other people were driving in the Hollywood Hills when the argument broke out. Megan, whose real name is Megan Pete, sustained injuries to her feet.

Lanez has denied the allegations and is currently under a restraining order prohibiting from being near Megan Thee Stallion or talking about her on social media before the trial starts in September.