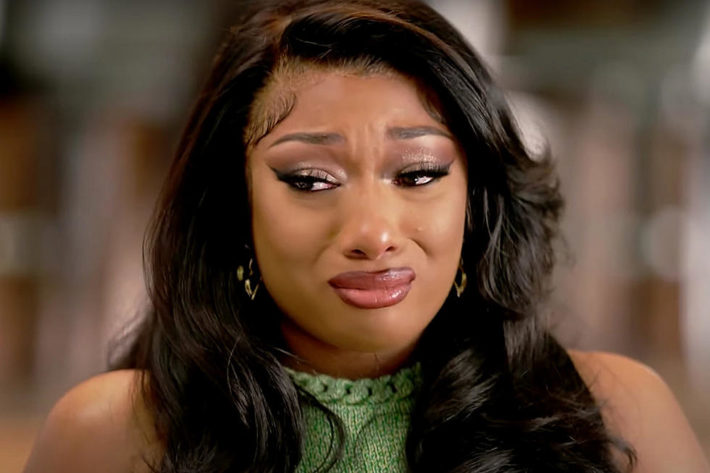 It has been nearly two years since Megan Thee Stallion accused Tory Lanez of shooting her following a party in the Hollywood Hills of Los Angeles. Today (April 25), the Houston rapper sat down with Gayle King on CBS Mornings to give an exclusive conversation detailing her version of events.

Megan Thee Stallion got candid with Gayle King in a new interview for CBS, discussing her career, her family, and some of the more controversial events of her life to date. In addition to describing her late parents as her “best friends” and recalling how they helped her with her childhood insecurities, she also addressed the 2020 shooting for which she’s still engaged in a legal battle with Tory Lanez, who she accused of shooting her in the back of her feet after an argument.

Although she said that she “was really scared because I had never been shot at before,” a new clip circulating on Twitter revealed the lasting damage the incident left on her. “It’s still bullet fragments in my feet,” she admits as King presents the medical report from the night of the shooting. When King points out that some people don’t believe that Megan was even shot, Meg simply replies, “There was a hot gun in the car. What else — what happened?” King also says that CBS reporters uncovered text messages from Megan’s friend Kelsey to Tory’s bodyguard reading “Help, Tory shot Meg.”

Tory has pled not guilty to shooting the Houston rapper and maintained his innocence, suggesting that it was Kelsey who shot her. The trial is set for September 14.

Watch the full interview below.