Nathalie Emmanuel crops curls, says ‘I had to unlearn so much’ 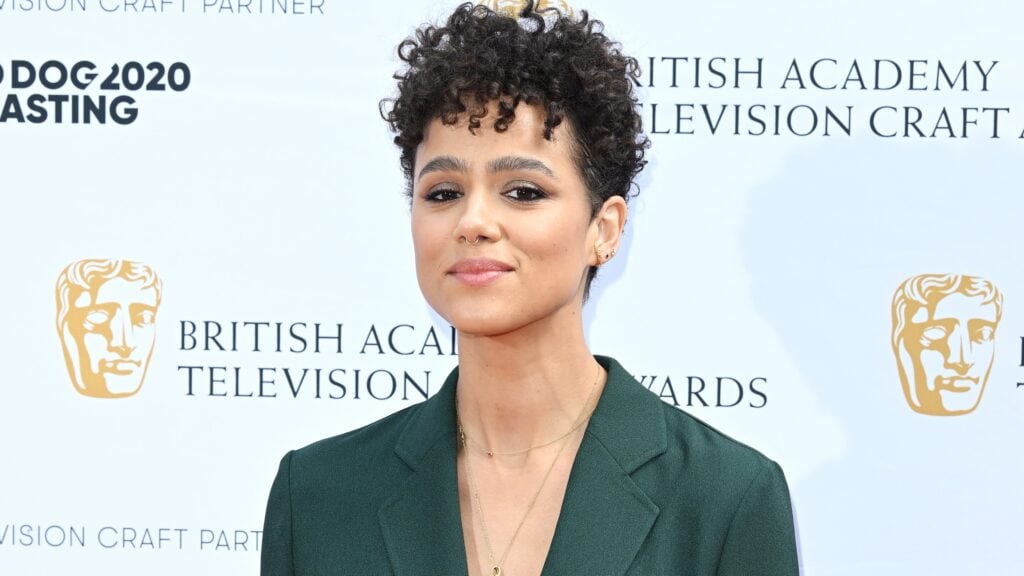 The ‘Game of Thrones’ actress got emotional as she documented her big chop online, explaining her ‘complex feelings’ about the change.

Attendees of the British Academy Television Craft Awards were in for a big surprise from Game of Thrones breakout star Nathalie Emmanuel. The actress, who portrayed the much-beloved character Missandei on HBO’s hit series, debuted a dramatic new hair transformation on Sunday’s red carpet, having shorn her signature shoulder-length natural curls into a very chic cropped style.

Documenting the process in a video posted to Instagram on Sunday, Emmanuel got emotional about the transformation, explaining she’d wanted to cut her hair since age 15, but after becoming an actress, felt her image was dictated by the industry. However, as she felt her hair texture undergoing a change (which natural curls often do over time), she decided to try a new shape, as well.

“This is the first time in 33 years I’ve had—like, I’ve made the decision for my hair that’s completely my own, and that’s like a really big deal,” she explained (h/t People magazine).

Celebrity stylists Neeko and Tanya Abriol were responsible for Emmanuel’s new look, helping to talk the actress through her feelings about finally letting go of her longer lengths.

“Do you feel the devastation or the release?” asked Neeko.

“I don’t know,” Emmanuel answered, adding: “I’m just letting go of a lot of really complex feelings, you know? There’s so much, like, joy and celebration connected to it—but then also all this pressure and trauma and all these things I had to overcome with it.”

“I had to unlearn so much,” she later continued. “It’s not a problem. It’s amazing. It’s beautiful, you know? And then, I’ve also had this, it’s been a real ‘f—k you’ to a lot of things, so it’s been a real empowerment that’s come with my hair as well.”

Some might consider Emmanuel’s natural curls enviable—in fact, she notes having often been told she’d inspired others to go natural, as well. However, the actress also admits it took her “so long” to love her own hair texture; an issue many other women with curly, coily and kinky textures may find relatable.

In the caption to her post, Emmanuel further explained her feelings, writing: “I wanted to share this for those who have experienced any kind of feelings of othering or hair discrimination and then had a long, tough journey to self-acceptance or feelings of having no autonomy over yourself… or… worrying about not fitting certain beauty standards…”

She also noted that choosing to post the process was almost as fraught as her decision to go short, writing: “It was kind of a big deal for me. It’s not my usual vibe to post very personal videos of my life… especially of me CRYING.” However, after calling the crop “cathartic,” she also showed off a farewell letter she’d written to her hair exploring those aforementioned “complex feelings.”

The actress’ tearful post may sound dramatic to some. But understanding both the discrimination natural hair has historically faced—as well as the complicated relationships some of us have with our hair (especially hairstyles we’ve held onto like security blankets)—one might better understand the emotional response.

“Anyway… please be kind,” wrote Emmanuel. “[M]e and my lil crop cut will be over here getting to know each other…”

The post Nathalie Emmanuel crops curls, says ‘I had to unlearn so much’ appeared first on TheGrio.