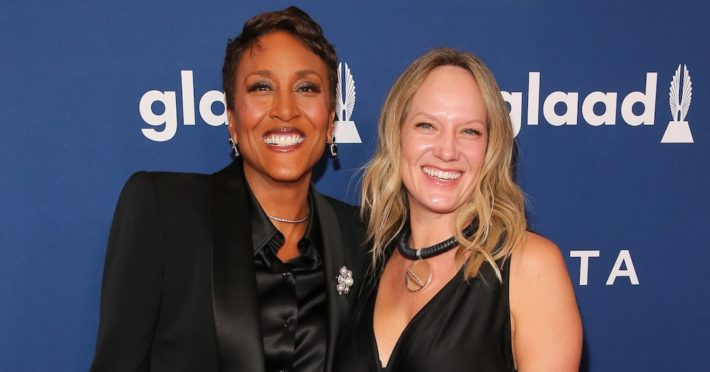 Robin Roberts’ longtime partner Amber Laign is “doing well” with her breast cancer treatment, but just thinking about her illness turns the Good Morning America anchor in to “a puddle.”

The “Good Morning America” anchor appeared on “The Ellen DeGeneres Show” Monday and choked back tears as she said Laign was “doing well.”

“I haven’t talked about it much, but with you, I will,” she said. “She’s doing well, which is great.

“I went through it twice, barely shed a tear,” shared Roberts, who went through her own battle with breast cancer. “I’m a puddle every time I think about what Amber is going through, but she is being so courageous and is handling it extremely well.”

Roberts, 61, said she gave Laign, 47, a “bit of a road map” to cancer but said that Laign’s battle has taught her how to be a better caregiver.

Roberts’ update came after she told “Entertainment Tonight” that Laign had suspended chemotherapy because of “complications.”

“They’re working it out. We’re gonna figure it out. The prognosis is still very good,” she said last week.

“I’m just thankful that her spirits have been lifted. Recently it was a little tough there when — because she just wanted to get through it and to have this wrench thrown in our way — but I was able to tell her, as most people [who] have gone through cancer, this happens.”

Roberts announced in February that Laign, whom she has been dating for 17 years, was diagnosed with the disease at the end of last year and underwent surgery in January.