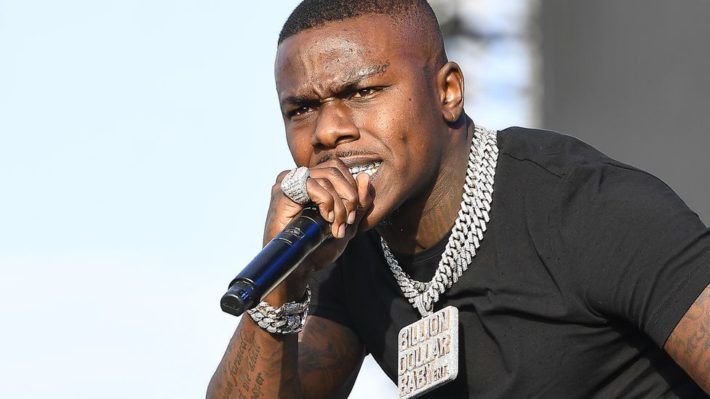 Rolling Stone has unearthed footage of the 2018 killing of Jaylin Craig. In 2018, DaBaby (born Jonathan Kirk) shot Craig in a Charlotte, NC Walmart.

He claimed self defense, and charges were never brought against him. Kirk said that Craig and his friend Henry Douglas were threatening the rapper and his family. “Daughter could have got hit, son could have got hit,” DaBaby said on Instagram after the event. “Lawyers … telling me not to say nothing … But two [people] walk down on you and your whole … family, threatening y’all, whip out [a gun] on y’all, let me see what y’all going to do.” But the video appears to show Kirk instigating the fight.

The 2018 shooting began, according to Douglas, with Craig and he recognizing DaBaby at the Walmart. A conversation between the two about whether or not it was really the rapper was perceived by Kirk (according to Kirk) as the two stalking him in an attempt to start something. “They’re trying to get me to provoke them so they could pull a gun out,” he told police at the time. According to Rolling Stone, the video shows Kirk confronting Craig and Douglas. The two turn away from Kirk, only for Kirk to begin “striking him in the head and nearly tackling him to the ground.” Kirk described that attack as trying to “get the jump on” the two.

While the video complicates DaBaby’s self defense claim in some ways, it also appears to show Craig begin to pull a firearm out. He does appear to put the gun back before DaBaby pulls out his own weapon, shooting Craig in the side. Craig was declared dead in the Walmart less than an hour later.

Although DaBaby was never charged with the killing of Craig, he was convicted of carrying a concealed weapon in connection to the incident. He was sentenced to 12 months probation and a suspended jail sentence. Shortly after the shooting, DaBaby was signed to Interscope Records.

DaBaby shot and killed 19-year-old Jaylin Craig in 2018, a shooting the rapper claims was in self-defense.

New security footage obtained by Rolling Stone shows that DaBaby appears to be the aggressor, and contradicts key aspects of his version of events. https://t.co/TGZjJ0Da6o pic.twitter.com/M7kbKur3U9