Lock Him Up: Groom Found Guilty for Attempted Sexual Assault of His Wife’s Bridesmaid Days Before Wedding [Video] 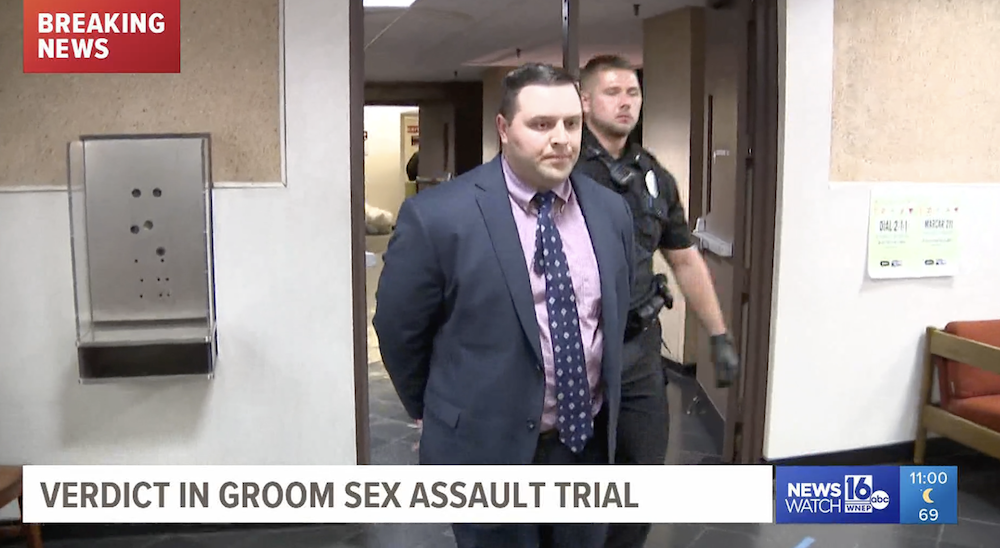 A Pennsylvania jury  found a groom guilty of sexually assaulting one of his wife’s bridesmaids two days before his wedding.

“She’s overwhelmed with emotion and I think she’s pleased with the verdict as well,” the prosecuting attorney said of the victim. “She and Detective Leary are happy about justice.”

Back in 2019, during a river rafting trip prior to Carney’s wedding, the bridal party spent that Friday drinking and tubing on the Delaware River. Carney sexually assaulted the female member of his wedding party in the men’s locker room at the Shawnee Inn in Pennsylvania, while she was allegedly “blackout” drunk.

Although prosecutors showed the jury a video of the moment Carney pulled the victim into the men’s shower, his wife, Nicole Norris, defended him in court, claiming the bridesmaid was “conscious” during the incident.

Carney now faces up to 10 years in prison and will have to register as a sex offender.

“We were disappointed by the verdict and will be pursuing an appeal,” Carney’s attorney, Jim Swetz told People.

Carney was out on $100,000 unsecured bond prior to the trial. He is now in the sheriff’s custody, with his sentencing scheduled for late July.

His wife defended him? She’s trash and the internet should remember her as such.

The post Lock Him Up: Groom Found Guilty for Attempted Sexual Assault of His Wife’s Bridesmaid Days Before Wedding [Video] appeared first on LOVEBSCOTT.