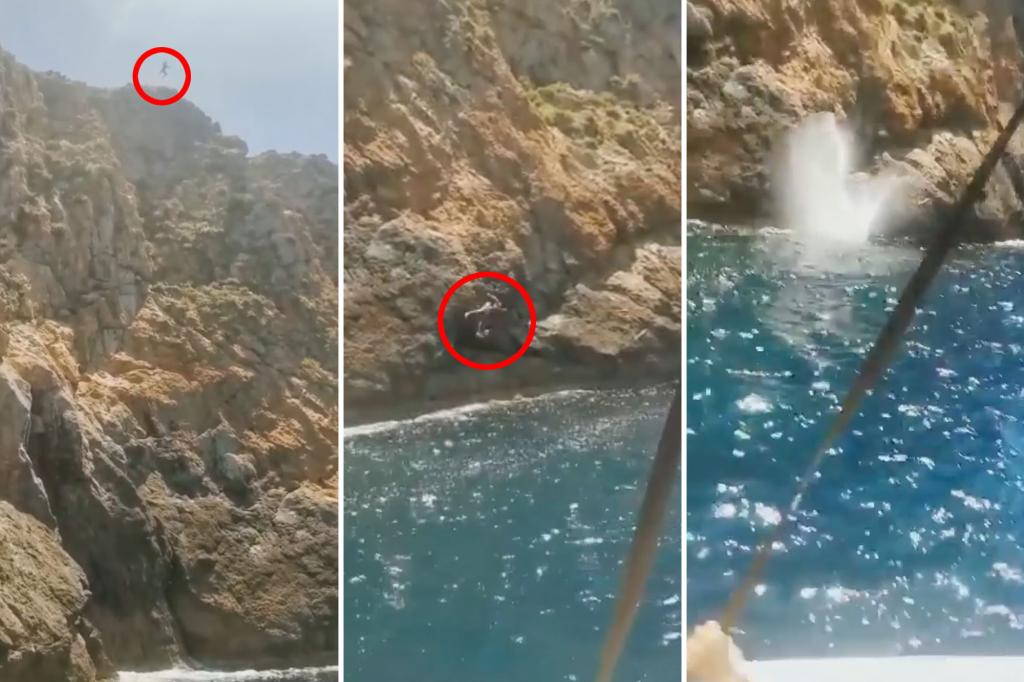 A tourist who was on vacation with his family in Majorca, Spain died after jumping off a cliff in what was supposed to be a fun stunt.

The New York Post reports that the accident was captured on a phone camera by the Dutch man’s wife and son. The 31-year-old was attempting to leap from a 100-foot high cliff into the water on Thursday in the Malgrats Islands, while his family was on a close-by boat.

The man soon found out that he wouldn’t make it past the rocks after jumping, which he hit as he made his way down and fell into the water. According to the outlet, his scream could be heard as his wife shouted “Oh my god!” in the video.

Apparently, the family had paid for the boat so that he could be filmed making the jump, per the Majorca Daily Bulletin. Per the outlet, Guardia Civil, Calvia police, and Maritime Safety and Civil Protection arrived at the scene when a person was reported to be missing; however, it’s unknown if they are launching a probe into the incident. The cliff jump is a favorite among tourists.

A rescue boat, helicopter, and divers from Guardia Civil searched for the body in the water, and he was later located.

We can’t even begin to imagine how horrifying that experience was for everyone involved.

Dad leaps to his death as family films him jumping off cliff in Spain: video https://t.co/IS76DxH91r pic.twitter.com/4Mq2NTvB4I