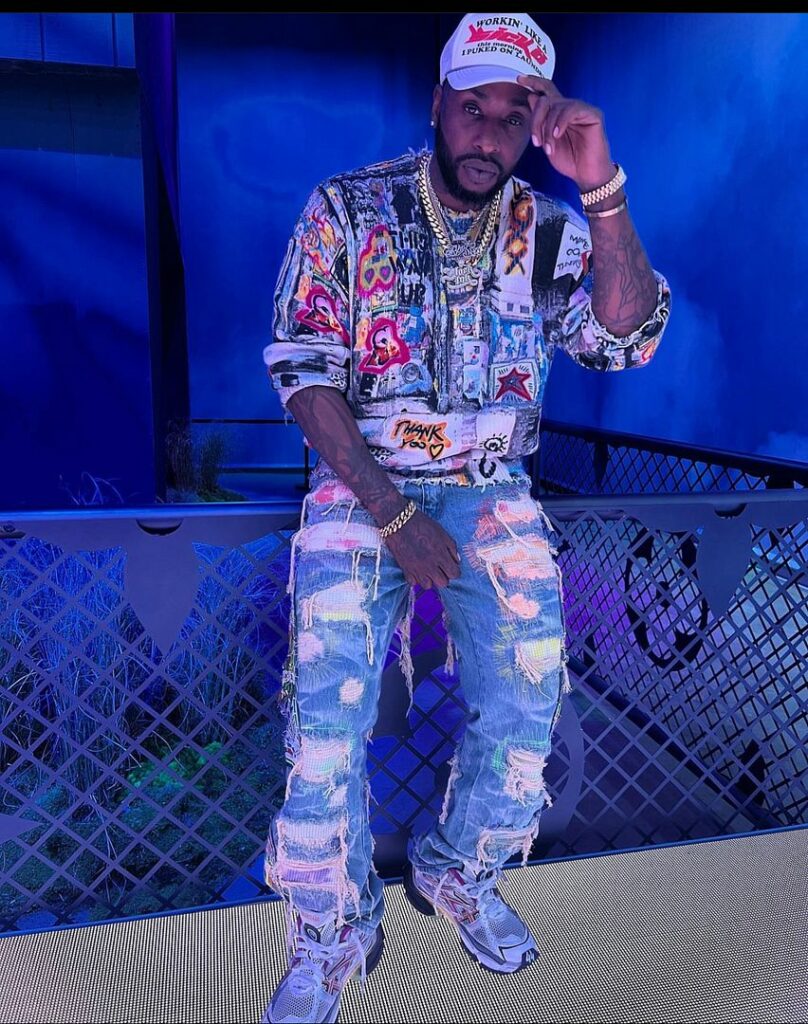 VH1 has sent “Black Ink” honcho Ceaser Emanuel his pink slip after a video surfaced allegedly showing him abusing dogs. Hear what his attorney has to say about it all inside…

VH1’s “Black Ink Crew” star Ceaser Emanuel has been FIRED from the show following a video allegedly showing him abusing dogs. And it’s hard as hell to watch.

In security video footage, a man who appears to be Ceaser is seen allegedly abusing a dog. In the clip, you can see a man fold up a chair and hit a small dog twice with the chair. You then see – what appears to be – Ceaser throwing the dog on the ground before the dog craws into a cage that Ceaser tips over and the dog tumbles over a few times in the cage before it stops.

You can watch the horrifying clip below, but be WARNED – it’s hard to watch:

this is sick ! Someone sent in their ring camera showing Ceaser from black ink abusing a dog ! #vh1 #blackinkcrew #ceaser #blackink pic.twitter.com/TYMj7pDBbK

Former “Black Ink” star and employee Donna Lombardi caught wind of the video and reposted it to her Instagram account, dragging the Black Ink honcho for his cruel actions.

”If you can treat a dog like this, it shows how sick of a person you truly are. I don’t even get into the life of this man, but this video made me so upset. Anyone who knows me, knows I LOVE animals. Especially dogs,” Donna wrote.

“Even after he beat his daughter up, @vh1 @viacom_intl & the new @blackinkcrew producers tried to protect Ceaser, even made up fake conflicting storylines about my relationship to do it!,” she continued. “Now this, cannot be undone. I pray the people see you, @ceaserblackink , as the monster you are. Your karma has been adding up for years, but to do this to two innocent dogs!?! This is crazy. CHARGES NEED TO BE PRESSED, and CANCELLATIONS NEED TO BE MADE!”

”THE WORLD IS WATCHING! EVERYONE MUST BE HELD ACCOUNTABLE! CANT CHANGE THIS NARRATIVE!”

After the video went viral, VH1 decided it was enough for them to cut ties with the tattoo king.

In a statement posted on Instagram, the network announced they have almost wrapped up filming the next season and that nothing will be affected production-wise. The show is currently in production for its 10th season. Ceaser has starred on the show since its 2013 premiere. 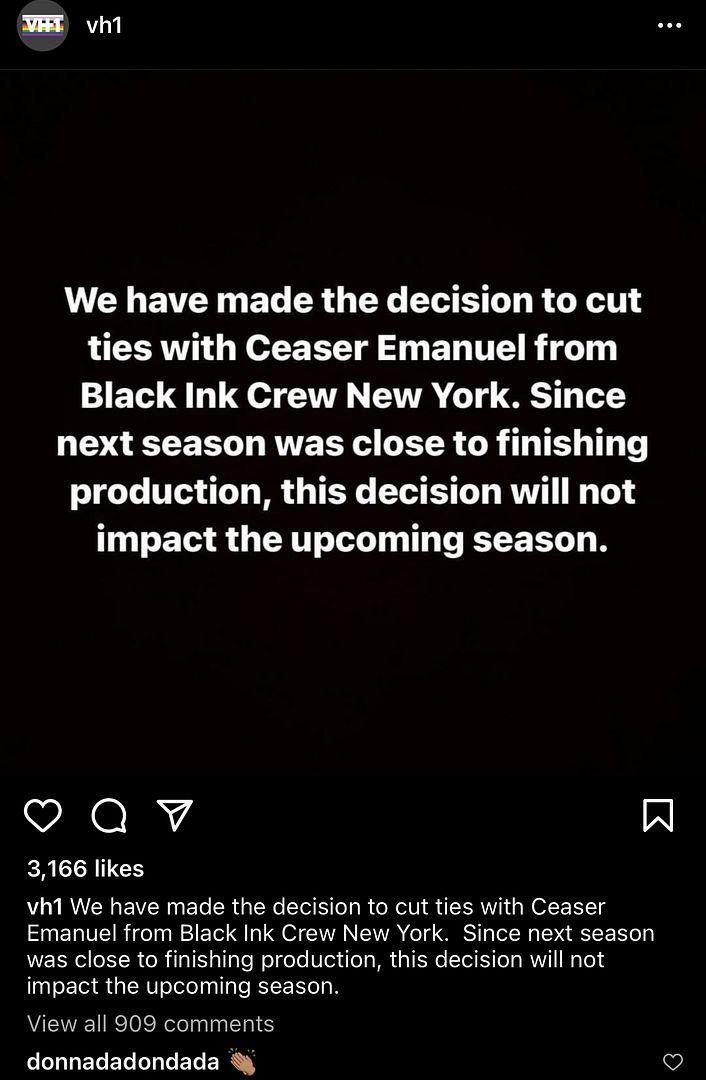 ”We have made the decision to cut ties with Ceaser Emanuel from Black Ink Crew New York. Since next season was close to finishing production, this decision will not impact the upcoming season,” VH1 wrote.

A rep for Ceaser released a statement in response to the firing and the video.

“There is no police involvement,” Ceaser’s lawyer Walter Mosley told TMZ. “The video is old. It was shot at his residence in Atlanta during COVID.”

What does the video being “old” have to do with anything? It doesn’t matter WHEN he abused the dog – he still abused it!

Folks are going off social media, especially since VH1 decided to fire Ceaser for allegedly abusing a dog, but when his estranged daughter, Cheyenne, brought up abuse allegations, he was still employed by the company. Peep some reactions below:

When Ceaser (Black Ink) daughter accused him of beating her. Ppl were calling her “grown”, making excuses, saying her mother put stuff in her head & all this shit. Now that vile video of him abusing dogs has been put out. Now y’all believe his daughter? Pathetic

Ceaser abusing that dog goes to show when his daughter said he dragged her out the shower beating her she ain’t lie.

A bunch of Ceaser’s exes AND his daughter said he was physically abusive to them. Let’s hope the video of the dog being abused by him gets him behind bars since nobody believes black women.

Words come back to haunt! “
Ceaser Emanuel’s only child, teenage daughter Cheyenne, accused him of pulling her out of the shower while naked and beating her “like a dog in the street” in a January 2021 Instagram Live.”

Many Black Women (INCLUDING ME) have been telling y’all about Ceaser from Black Ink for YEARS and what finally made VH1 cut him off was the abuse of a dog. VH1 has used the image of Black women to sell their brand but a dog is what finally made them say “enough”???

In case you missed, read about Ceaser’s daughter’s abuse allegations HERE and HERE.

Is this the end of “Black Ink” as we know it? Time will tell….