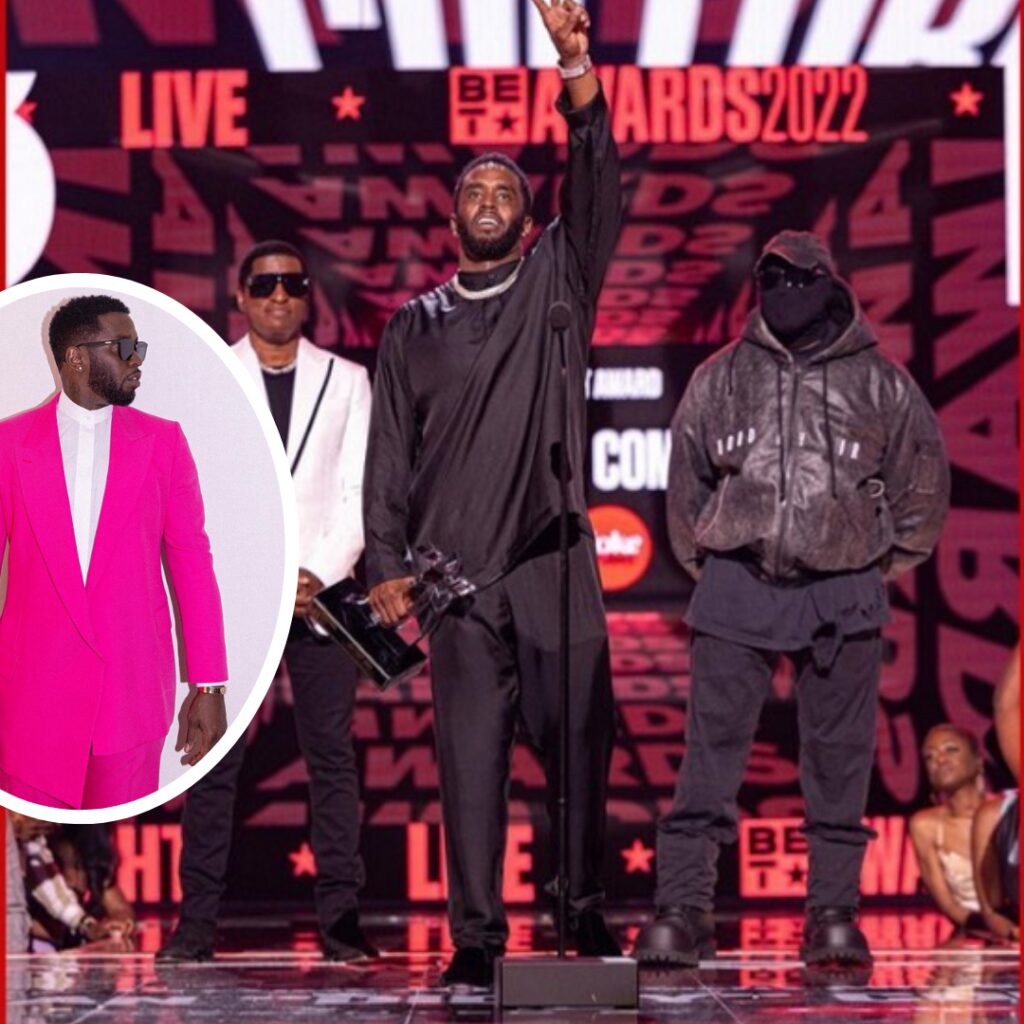 Who else was feeling like they were back at the Bad Boy tour on the other night!?  Diddy’s Bad Boy Records legends, his legendary homies like ‘Ye and Jay-Z and Babyface, and plenty more took the stage to give “Love” all the love.  Oh, and his single boo Caresha was in the audience cheering him on.

After Babyface told the story of how he first met Diddy and how he reminds him of Michael Jackson as a producer, Kanye took the stage to talk about Diddy being the blueprint for his own career, as much as he mimicked and studied him.  “I was signed to Bad Boy without him even realizing it,” he said.

The performance though….LIT.  Shyne jetted back into the States to rep with “Bad Boy,” Lil Kim took the stage during “All About The Benjamins,” The Lox, 112, Faith Evans, and a video from the late Kim Porter when she was congratulating him on his Star on the Walk of Fame, were all front and center.  We’re not sure what Bryson Tiller was doing but they do have a new single together.

But it was that acceptance speech that had all the tongues wagging:

Diddy thanked everyone in his life, his family, his mother, Janice, his team, Bad Boy artists, his ex Cassie for sticking with him through dark times, and the late Kim Porter. Folks had plenty to say about him not thanking new boo Yung Miami.   Hmph.

He then made a point to pledge $1M to his former school, Howard University, as well as $1M to head football coach Deion Sanders and Jackson State University because “we should be playing for us.”  Nice!

Host Taraji P. Henson gave him his flowers early on in the night:

If you needed a reminder about why he DESERVES, check it:

It was the afterparty at Club Love (which was basically Diddy turning his estate into Club Liv) for us: