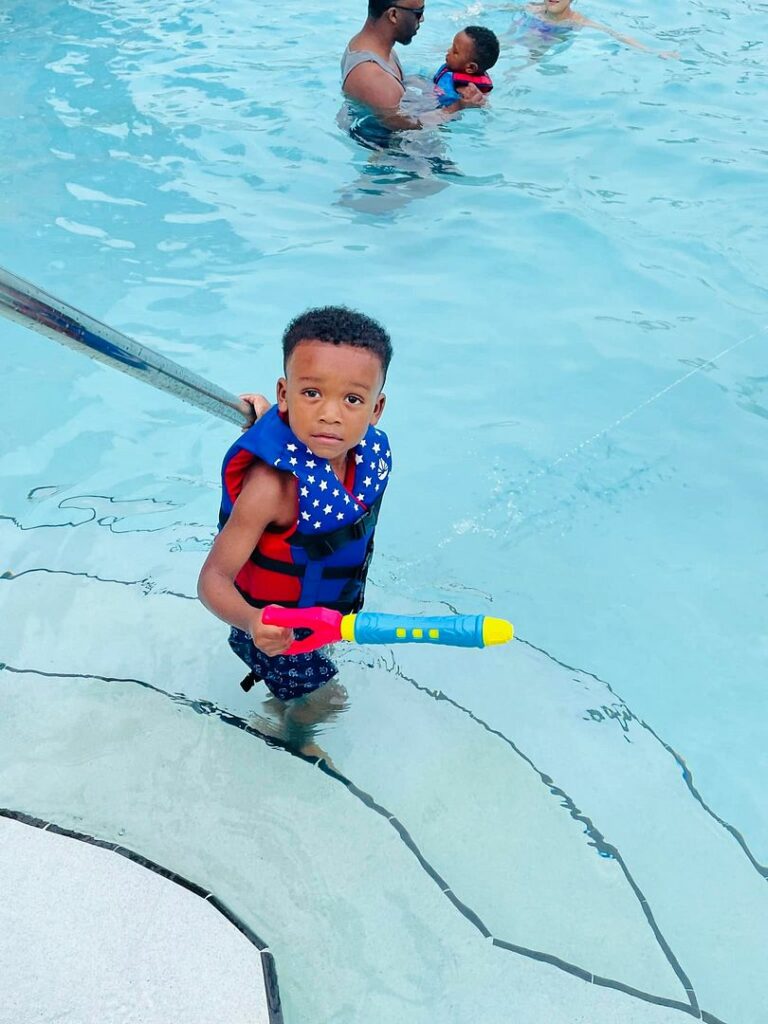 The Georgia mother whose 4-year-old son died during swim lessons is speaking out, sharing details about what happened moments before her son drowned in a pool. The heartbreaking details inside….

Every year, rising numbers of drownings are being reported in backyard pools, lakes, and other bodies of inland water every year in the U.S. There are constant reminders and PSAs in the media that encourage parents to sign their children up for swimming lessons in an effort to combat the rising number of drownings.

Sadly, one Georgia family did just that, only to lose their loved one just minutes before the swimming lesson was scheduled to end.

On June 14th, 4-year-old Israel “Izzy” Scott drowned while attending his second supervised swimming lesson at a residential pool in Waynesboro, Georgia. The next day, the Burke County Sheriff’s Office announced the child had died in the hospital.

No foul play was suspected. The autopsy determined Izzy’s drowning was accidental, but the child’s family needs MORE answers than they are receiving, so they’ve hired attorney Lee Merritt’s office to investigate civil negligence.

Izzy’s mother, Dori Scott, and her attorney Lee Merritt spoke to News 12 to talk about what’s happening and what they want from Burke County. The family is asking Burke County prosecutors to investigate a claim of criminal negligence to take this before a grand jury, then grand jurors can make the choice of an indictment.

According to Merritt, the Burke County Sheriff’s Office told the family Izzy drowned near the end of his swim lesson…about 10 minutes before his lesson was over. It’s unclear how many kids were in the class. Ten minutes before Izzy’s class ended, the next class came in and it’s the habit of the instructor to have the kids swim the length of the pool.

The Sheriff’s Office told the family the last time the instructor reported working with Izzy was just before the students swam the length of the pool when he was picking up rings at the bottom of the pool. It was her habit to wait in the deep end of the pool and let all the swimmers pass her and she would be the last one to get out, Merritt said. 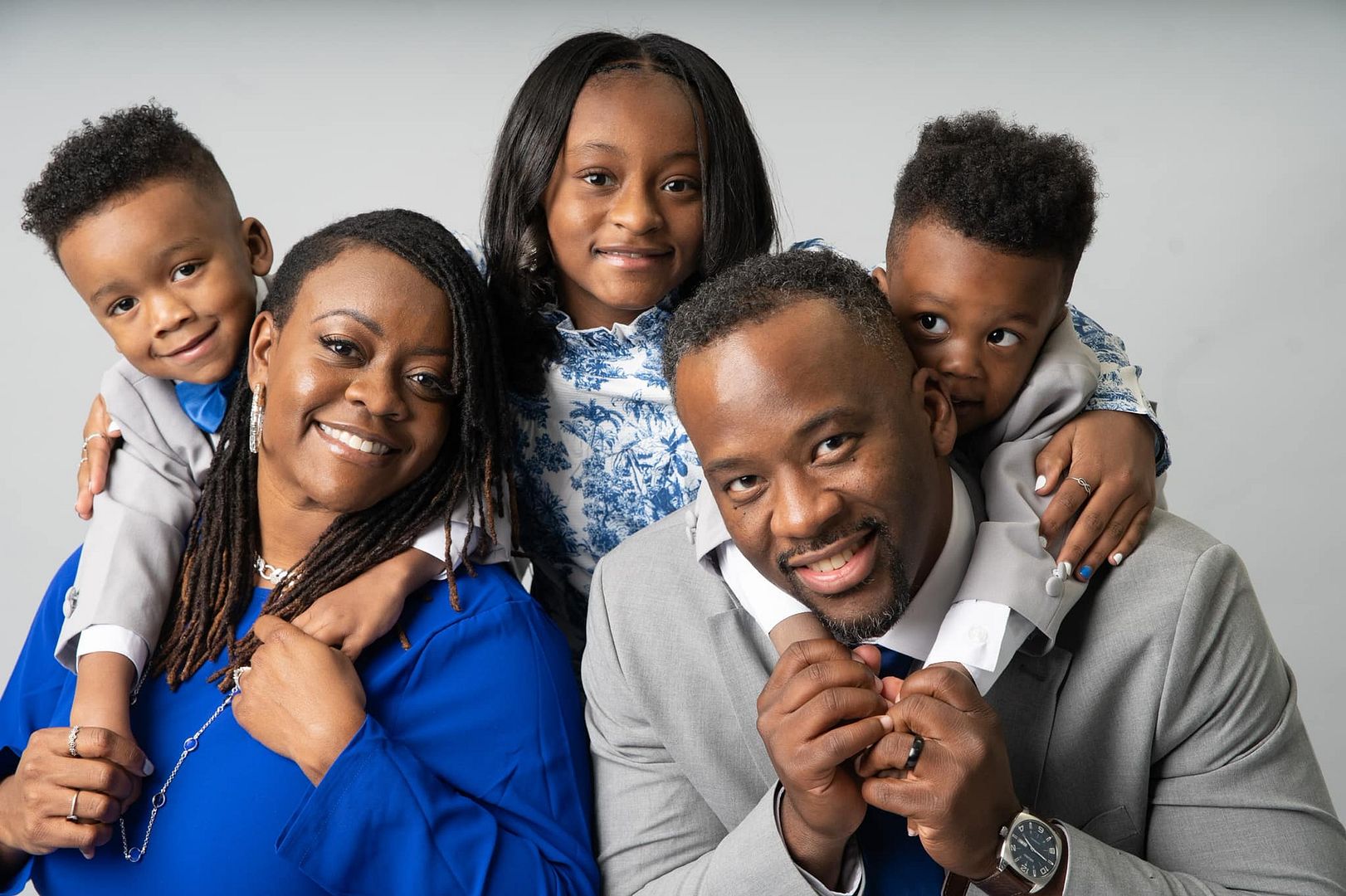 Twenty three days later and authorities claim they still don’t know what happened in that gap. The family was told the instructor was a licensed professional and the private residence was not her home. Merritt said authorities are looking into making sure business was conducted properly with certifications, personnel available to deal with the amount of children and meeting safety requirements.

Before his lesson that day, Dori – who has two other children with her husband, Walt Scott – shared what is now her son’s last photo. She snapped a few pictures of him looking nervous by the pool before his first lesson with the caption, “My big boys first day of swim lessons. He said he’s a little nervous.” 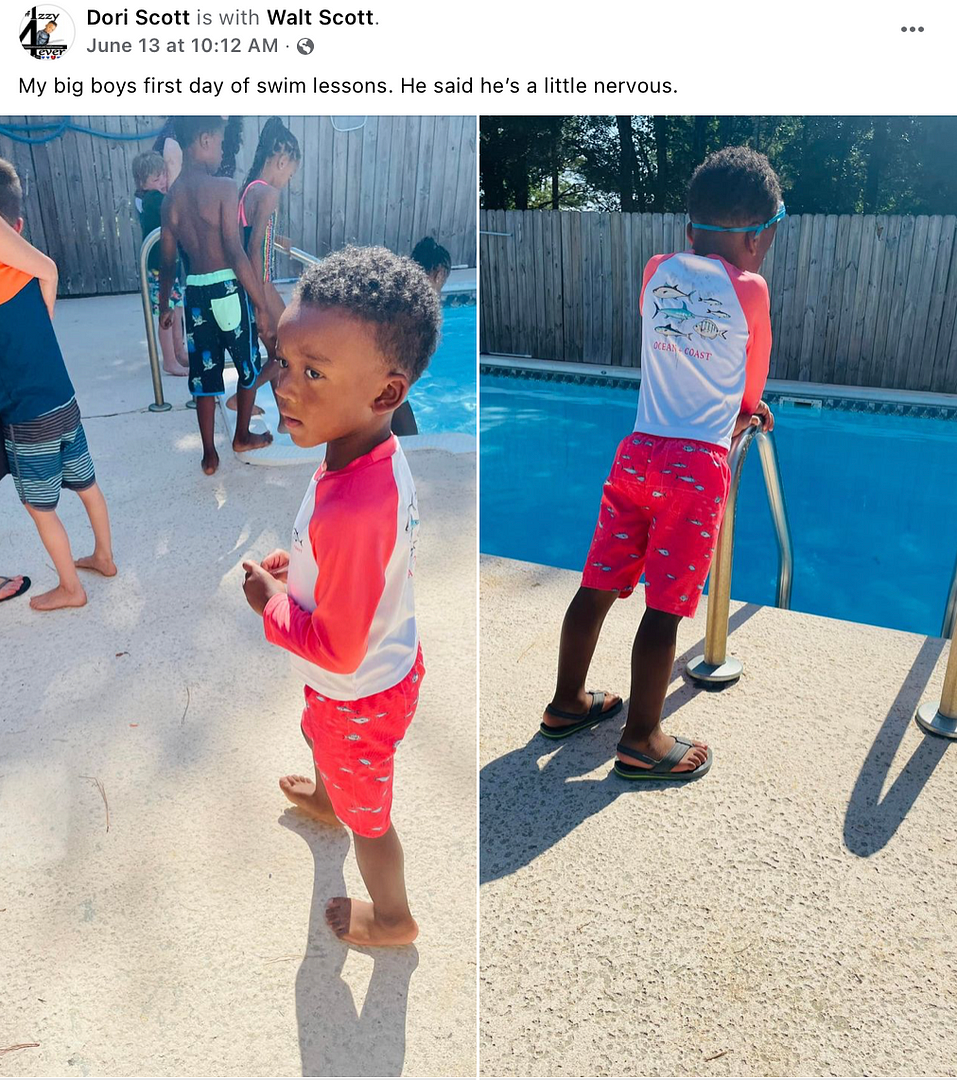 The next day, he came back for lessons and drowned.

“How does signing your baby up for swim lessons to learn water safety and to prevent them from drowning lead to your baby drowning at swim lessons?,” Dori questioned in a Facebook status posted on July 3rd. “How does the sheriff’s office investigate, and come to tell you that the instructor doesn’t know, nor did anyone see what happened? How is no one held accountable for this and my son has been gone for almost 3 weeks? How does my family ever have closure? How do we ever trust professionals with our babies again? How do you tell a parent they can’t stay for the swim class and their child drowns?

“Everything we do is centered around our kids. Every decision I make, I make it with my kids in mind. My kids are my world and as parents we are supposed to protect them. This is not ok in any shape, form or fashion. People say it gets better but as the days go by it seems to get worse. I have no closure, no answers and no Israel.”

Deputies were notified around 11AM that Izzy had been found unresponsive in the pool. It’s reported a nurse on the scene administered CPR and he was taken to Augusta University Children’s Hospital of Georgia. Deputies arrived on the scene after that.

“I of course did not want to leave him during the lesson but I followed protocol and waited in my car on my baby to be done,” she wrote on Facebook. “I never thought that tap on my door would be one of the worse moments of my life.” 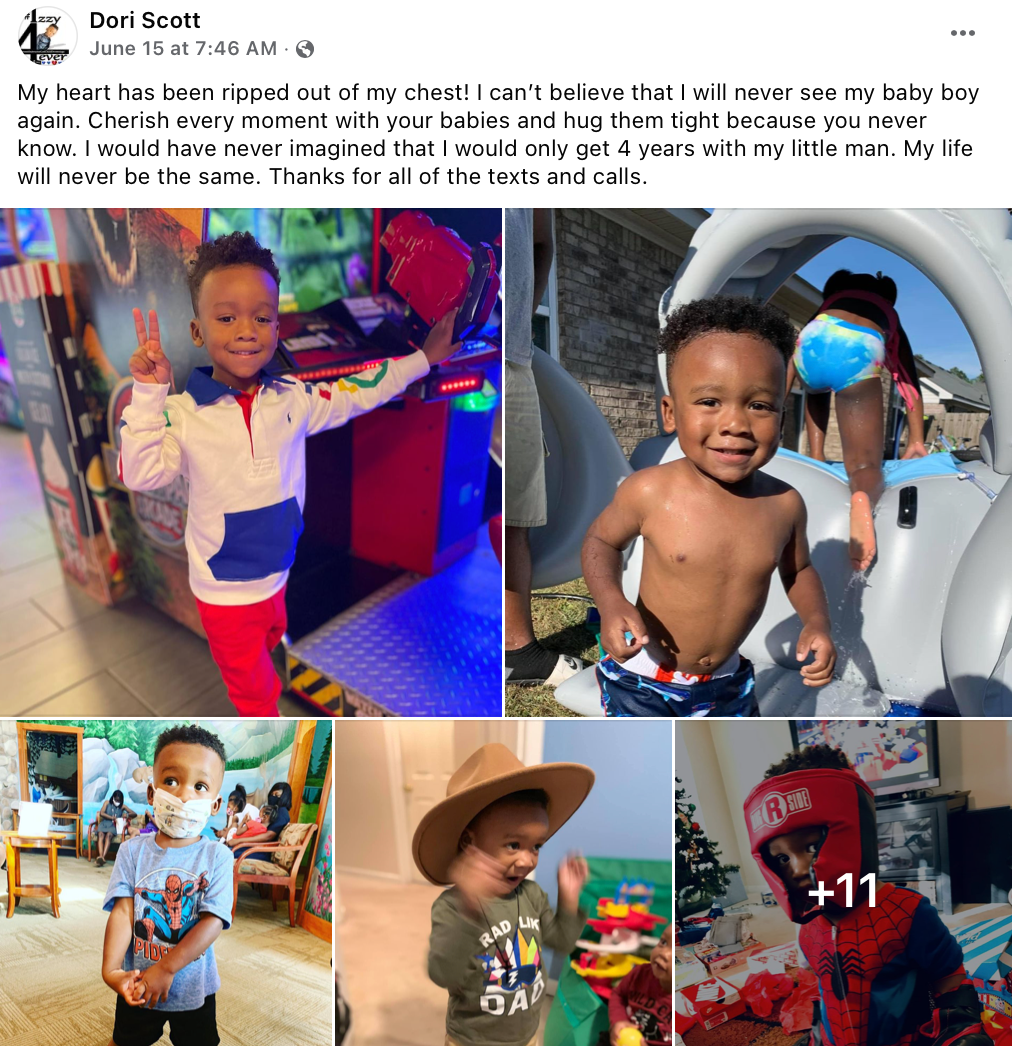 “My heart has been ripped out of my chest!,” Dori wrote in another post. “I can’t believe that I will never see my baby boy again. Cherish every moment with your babies and hug them tight because you never know. I would have never imagined that I would only get 4 years with my little man. My life will never be the same. Thanks for all of the texts and calls.”

Since Izzy’s death, the heartbroken mother has flooded her Facebook timeline with pictures and videos of her angel.

This is SO devastating! We pray they receive justice because it’s unacceptable no one knows how this baby drowned during a swim lesson!

We send our heartfelt condolences and hearts to the entire Scott Family during this impossible time.