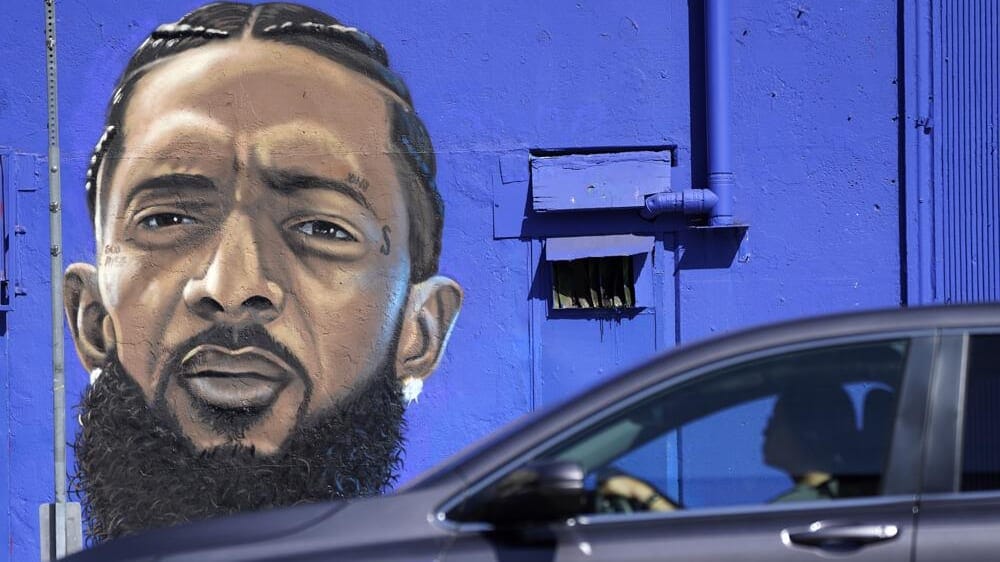 Even though Nipsey Hussle was gunned down outside a Los Angeles clothing store three years ago, the sting of his death remains fresh for those who revered the widely beloved rapper and community activist.

Several paid homage to Hussle’s positive influence during a murder trial that ended Wednesday with a conviction for his killing. Some shed tears. One of his closest friends regrets being unable to protect Hussle. A witness battles with ongoing nightmares as if Hussle’s fatal shooting happened yesterday. Some in the hip-hop community still look to his rap lyrics for teachable moments.

Like Hussle’s popular catchphrase “The Marathon Continues,” the memory of his impactful legacy is still at the forefront of many people’s minds.

“I feel like we’ll never forget the work that he put in and everything that he did for the community,” said Slim Jxmmi of the rap group Rae Sremmurd in a recent interview. “That’s why he’s such a big figure in our community. Nipsey was tight. He was hard.”

Rapper Rick Ross said Hussle is admired “more than ever” these days for his forward-thinking mentality as an entrepreneur and teaching through his thought-provoking rap lyrics.

“He’s a legend, poet,” said Ross, who has a tattoo of Hussle’s face on his leg. “I loved him as a emcee when I first met him over a decade ago. I’m just happy to see the marathon still continues.”

Hussle, who was born Ermias Asghedom, was shot and killed at age 33 on March 31, 2019, in the parking lot outside his store, The Marathon.

Eric R. Holder Jr., was found guilty Wednesday of the first-degree murder of the Grammy winner, who was on track to revitalize a South Los Angeles neighborhood where he grew up and was eventually gunned down. Hussle and Holder had known each other for years and grew up as members of the same gang, the Rollin’ 60s.

The verdict might have ended a three-year legal saga, but the nearly four-week trial resurfaced old emotions and admiration for Hussle.

“It shook me up,” said Christian Johnson during his tearful testimony. He was inside a burger restaurant near Hussle’s clothing store during the shooting. In security footage shown in court, Johnson can be seen ducking underneath a red table after hearing gunshots.

When Johnson stood up and peeked into the parking lot, he saw Hussle’s body on the ground.

“I dream about it every night,” said Johnson, who broke down in tears. He viewed himself as a huge fan of Hussle’s work and had thought about approaching him for a photo before the shooting. “I walked outside and saw Nipsey laying there. That could’ve been me.”

Former gang member Herman “Cowboy” Douglas, who worked at The Marathon, said Hussle’s death still feels raw. He carries some guilt over the rapper who was like a “little brother” to him.

“I feel regret that I left his side,” said Douglas, who overheard the initial conversation between Hussle and Holder. He was inside the clothing store when he heard the gunshots.

“I should’ve never left his side,” he continued. “I did not see this coming. No way, no how.”

In honor of Hussle, Douglas had a mural of the rapper painted outside his restaurant in Los Angeles. Countless other murals of Hussle have popped up along busy highways, on the sides of buildings and inside a school basketball court in the city.

Hussle, whose nickname is a play on a famous 1970s comedian, was given the moniker for his work ethic as he slung CDs. He spent years winning a devoted following through mixtapes and underground releases. He broke through with his first major-label album, eventually earning two posthumous Grammys in 2020.

Throughout Los Angeles, Hussle was a beloved figure for his philanthropic work that went well beyond the usual celebrity “giving back” ethos. He purchased the strip mall where The Marathon is located and planned to redevelop it into a mixed-use commercial and residential complex.

The plan was part of Hussle’s broader ambitions to remake the neighborhood where he grew up and attempt to break the cycle of gang life that pulled him in when he was younger. The Los Angeles City Council is expected to rename the intersection of Crenshaw Boulevard and Slauson Avenue “Nipsey Hussle Square.”

After Hussle’s death, an unexpected cease-fire developed between some rival gang members. In May, his family held the grand opening of The Marathon Collective, a cannabis dispensary in Canoga Park, California.

During the trial, Deputy District Attorney John McKinney showed a photo of a shrine dedicated to Hussle outside his clothing store. Among the candles and other tributes was a St. Louis Cardinals baseball cap, which gang expert Robert Freeman says was worn by the Black P Stones, a Blood-affiliated gang that were fierce longtime rivals of Hussle’s Rollin’ 60s Crips.

“He was loved by the Bloods and the Crips,” Freeman said.

McKinney said after the verdict that Hussle will never be forgotten.