According to Kelly Dodd: Dorinda Medley, Phaedra Parks Were Asked to Return to ‘Housewives’ [Video] 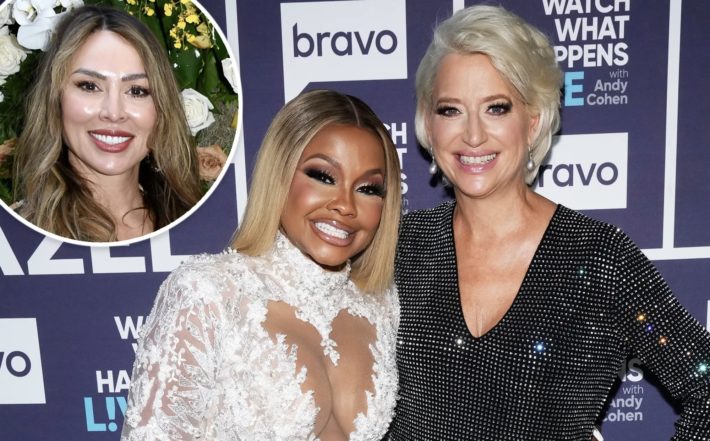 Kelly Dodd is not one to shy away from spilling the tea.

The “Real Housewives of Orange County” alum, 46, also seemed to insinuate that Gunvalson, 65, was not too pleased with the network’s decision to rehire the majority of the “Real Housewives Ultimate Girls Trip: Ex-Wives Club” cast — but not Coto Insurance founder.

Page Six broke the news in July that Bravo had asked Judge, 54, to return to “RHOC” after starring on the show for 11 consecutive seasons until her firing in January 2020.

“Tamra is thrilled to come back to the show, especially after feeling the fan love from her stint on ‘Ultimate Girls Trip,’” a source told us at the time.

“She can’t wait to get back in the mix on ‘RHOC’ and see how she can shake up the dynamic.”

The original “Real Housewives” show later made headlines when the network announced former “Real Housewives of Beverly Hills” star Armstrong, 51, would join “RHOC” in a “friend” role, making her the first “Housewife” to cross cities within the franchise.

Meanwhile, Season 14 of “RHOA” is still airing, but Parks, 48, recently told Page Six that she thinks she would be able to bring “in the ratings” if asked to star on the second season of “The Real Housewives of Dubai.”

Parks, who left “RHOA” in 2017 after seven seasons over her infamous falling out with longtime friend Kandi Burruss, recently appeared in an episode of “RHODubai” with close friend Caroline Brooks. She told us that she has even been looking at homes to start a “transcontinental” life in the United Arab Emirates with sons Ayden, 12, and Dylan, 9.

Bravo has yet to announce any casting decisions for the upcoming “Real Housewives of New York City” reboot or “Legacy” show, so it is unclear where Medley, who was put “on pause” in fall 2020, stands with her potential return.

The post According to Kelly Dodd: Dorinda Medley, Phaedra Parks Were Asked to Return to ‘Housewives’ [Video] appeared first on LOVEBSCOTT.