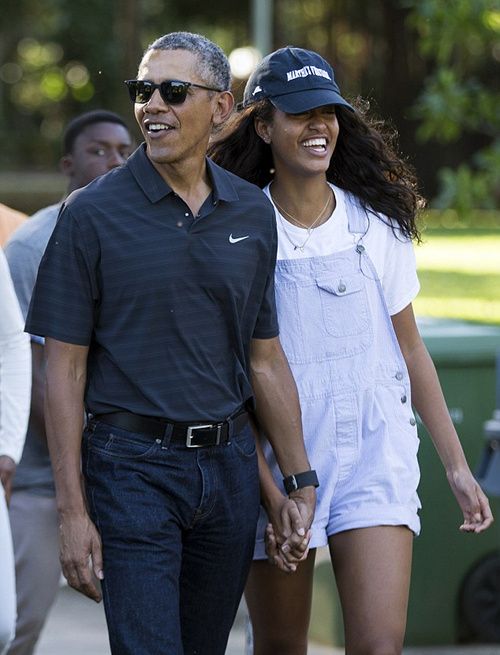 It appears Malia Obama has a new boo. The former First Daughter was spotted with Ethiopian record producer Dawit Eklund and they gave off coupledom vibes. More inside…

Former First Daughter Malia Obama has been spotted hanging out with Ethiopian music producer Dawit Eklund in Los Angeles. And it appears the twosome could possibly be a couple.

The 24-year-old daughter of forever President Barack Obama and the 33-year-old indie label head have been spotted together several times in L.A.

In the flicks above, the rumored couple were arm-in-arm as they made their way to the Los Angeles County Museum of Art. As you can see, they both were rocking green, looking very much like a couple.

The rumored couple was also spotted grabbing takeout lunch on July 26th and again on a casual stroll on August 2nd.

DailyMail has the deets on Malia’s new beau:

He was educated at the International Community School in the Ethiopian capital, Addis Ababa, before going to George Washington University where he studied International Development in Africa. Dawit – who also goes by David, the Anglicized version of his name – is one of four children.

His father Jon was heavily involved in helping the refugee crisis caused by the war in Sudan in the early 2000s, when hundreds of thousands fled to Ethiopia to escape the fighting.

His mother Yeshi comes from a successful family of business people in Ethiopia. His sister Sara Eklund was featured in a 2019 Vogue article for introducing menstrual cups to Ethiopia

Since his retirement, John and Yeshi have settled in Abidjan, the capital of the West African nation of Côte d’Ivoire, although they also have a house in the Washington, D.C. suburb of Chantilly, Virginia.

It appears Malia has called it quits with her British boo Rory Farquharson, a Harvard classmate whom she began dating in 2017.

Photos of Malia and her boo come on the heels of actor Clifton Powell confirming her son’s relationship with former First Daughter Sasha Obama. Missed that? Deets HERE.