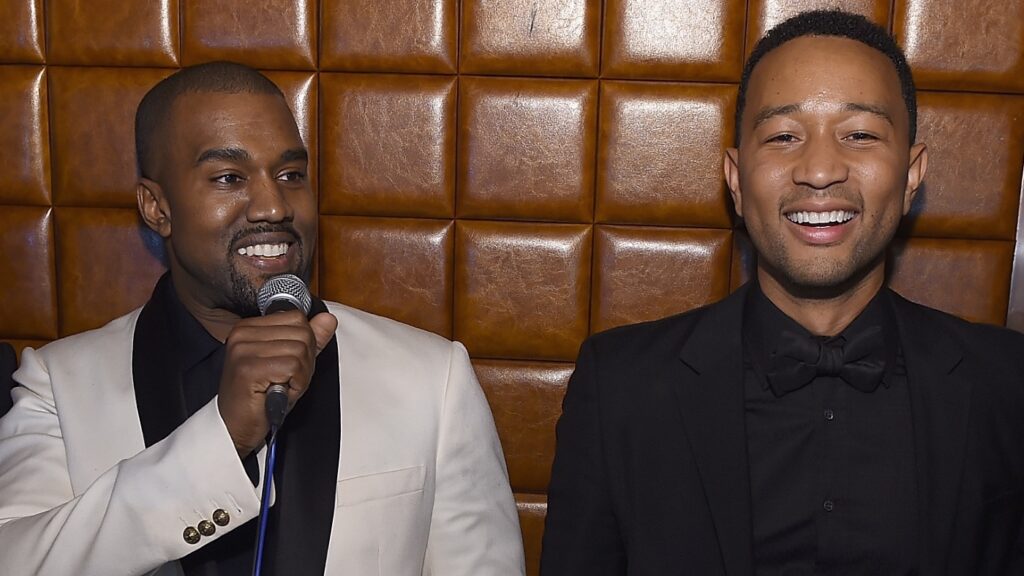 John Legend says that he and Kanye West aren’t that cool anymore — and we’re not surprised.

The 43-year-old singer revealed that politics — namely, West’s support for former president Donald Trump, and his own presidential run in 2020 — dramatically altered their friendship.

“We aren’t friends as much as we used to be,” Legend said during an appearance on The Axe Files podcast with CNN’s David Axelrod. “I honestly think because we publicly disagreed on his running for office, his supporting Trump. I think it became too much for us to sustain our friendship.”

Legend and West, 45, used to be close, and even worked on several songs over the years, with West producing for Legend as well as them both doing fully featured collaborations including 2005’s “Number One” and 2008’s “It’s Over.”

According to Legend, West also was “not happy about” the “All of Me” hitmaker not standing behind him when he announced that he was running for president in the 2020 election.

“He was upset that I didn’t support his run for presidency of the United States of America — for understandable reasons,” Legend said. “I wasn’t alone in that, but, you know, he was not happy about that. And we really haven’t been close since then.”

West launched his bid for president amid a tumultuous period in his personal life and various episodes of erratic behavior. At his only campaign event, he divulged deeply personal details about his family.

He ultimately earned about 60,000 votes in a dozen states.

This is not the first time Legend has spoken out about his strained relationship with the Yeezy designer. In a 2020 interview with U.K.’s The Sunday Times, the “Love Me Now” singer addressed their friendship and at the time did not blame politics on their changing relationship, but rather the natural process of the two having their own personal lives.

“I don’t think we’re less friends because of the Trump thing,” Legend explained. “I just think we’re doing our own thing. He’s up in Wyoming. I’m here in L.A. We’ve both got growing families and I no longer have a formal business relationship with him as an artist, so I think it’s just part of the natural cycle of life.”

Legend said that he and West “never talked about politics before,” adding that it was “never a part” of their interaction.

“Our interaction was almost always about creativity and music,” he shared. “He’s also in a different place musically. He’s doing gospel music. That’s what he’s focused on right now, designing his clothes, so we’re in different places.”

Legend has been a longtime friend of West’s, even attending the rapper’s 2014 wedding to Kim Kardashian. But in 2018, the two men sparred online about West’s support for Trump.

At the time, West tweeted a screenshot of a conversation he had with Legend, who, along with his wife Chrissy Teigen, had publicly supported Hillary Clinton during the 2016 election.

“Hey it’s JL. I hope you’ll reconsider aligning yourself with Trump,” Legend seemingly wrote in the text message exchange. “You’re way too powerful and influential to endorse who he is and what he stands for. As you know, what you say really means something to your fans. They are loyal to you and respect your opinion.”

Legend continued, “So many people who love you feel so betrayed right now because they know the harm that Trump’s policies cause, especially to people of color. Don’t let this be part of your legacy. You’re the greatest artist of our generation.”

West allegedly replied to the text, “I love you John and I appreciate your thoughts. You bringing up my fans or my legacy is a tactic based on fear used to manipulate my free thought.”

But just days later, the pair seemingly put their differences aside when West shared a selfie on social media of himself and Legend from Teigen’s baby shower.

“We got love. Agree to disagree,” West captioned the photo.

We’re sure Kanye’s not friends with a lot of his old buddies right now.