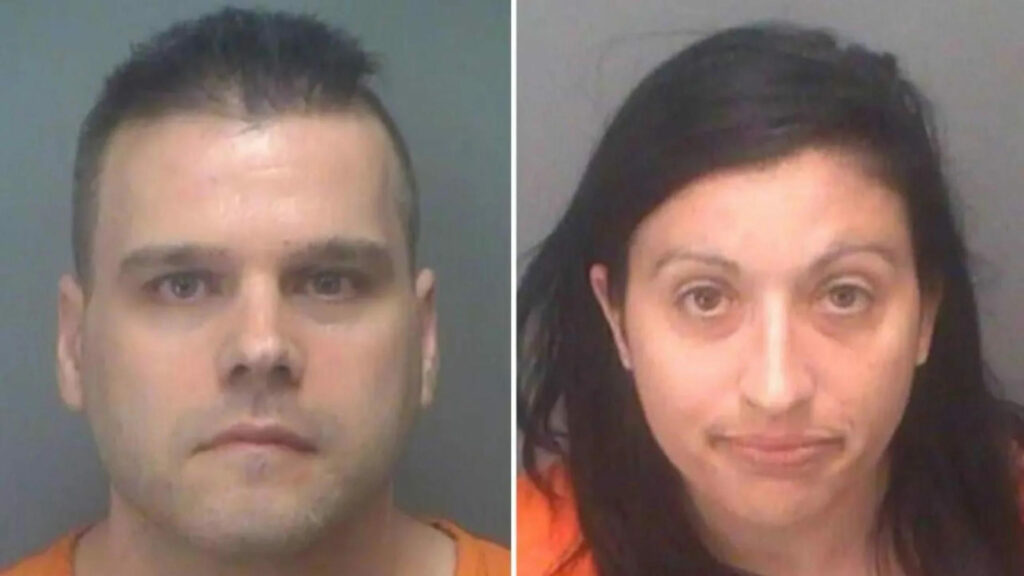 A Florida woman and her ex-boyfriend have been arrested for performing and recording sex acts with her dog.

According to the Pinellas County Sheriff’s Department, 36-year-old Christina Calello “willingly engaged in sexual activity with the dog on multiple occasions” over the course of eight years. Authorities say her ex-boyfriend, 39-year-old Geoffrey Springer, filmed the encounters and saved the footage on a hard drive.

Police say the dog was surrendered to deputies and transported to an animal hospital for an examination. They confirmed the pet had no visible injuries. Authorities did not share any further details about the case, including the breed of the dog and the nature of the alleged sexual acts.

They were both arrested Tuesday and charged with felony sexual activity involving animals. Calello was released from Pinellas County Jail on Wednesday, after posting $5,000 bond. Springer was released the same day on his own recognizance.

Online police records show Calello was arrested in the county back in May for misdemeanor domestic battery.

They need to put that poor dog in therapy! He’s clearly been traumatized.

The post Oh No Ma’am: Former Florida Couple Arrested for Alleged Sexual Acts With Their Dog appeared first on LOVEBSCOTT.