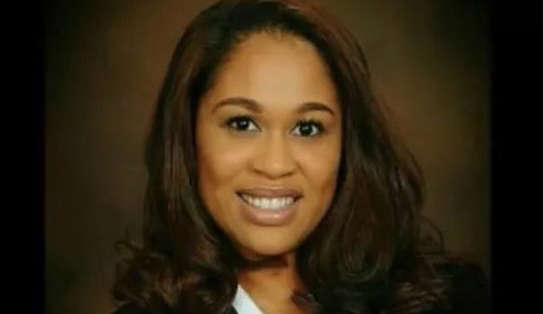 Authorities have arrested a 37-year-old woman who they believe is responsible for the blazing multi-vehicle crash that killed six people, including a pregnant woman.

So far, the LA County De?partment of Medical Examiner-Coroner has identified 23-year-old Asherey Ryan and her unborn son as victims. The four additional victims have not been identified.

Authorities say Linton was driving a gray Mercedes-Benz Thursday at a high speed when she ran a red light near a gas station in the Windsor Hills neighborhood in Los Angeles and crashed into at least six vehicles.

“We do know that the vehicle was traveling at a high rate of speed as it traveled through the red light,” CHP officer Franco Pepi tells PEOPLE.

Several people were thrown from their vehicles, and three of the vehicles were engulfed in flames Pepi confirms.

The Los Angeles County Fire Department first alerted the public to “a multiple casualty incident with reports of [multiple] injuries” on Thursday afternoon, tweeting that the department was dispatched around 1:41 p.m. local time.

Later the department shared a video of the scene filled with firefighters, fire trucks and police units, the department confirmed that five people died, and eight were hurt. (The death toll later rose to six after the California Highway Patrol said another body was found in one of the cars that had been on fire, per NBC Los Angeles.) Those injured, including Linton, were taken to local hospitals.

Two of the eight victims taken to the hospital were adults and the remaining victims were children and teenagers, Pepi says.

“It looked like the whole intersection from corner to corner was on fire,” Harper Washington told ABC7. “A lot of sparks and electricity. I was under the impression that, really at first I thought they dropped a bomb on us. I thought another world war had started. Then I realized it was a car into the sign.”

“Once the fire went away and the booming left, I realized it was two cars there,” Washington added. “You could see the people on fire and that’s just sad. I really pray for the people and the community.”

Veronica Esquival told KTLA that she was pumping gas nearby when the crash occurred.

“All of the sudden, a baby literally flew from the middle of the intersection to the middle of the gas station and landed right on the floor in front of me,” she said. “One of the workers came and saw me with the baby and took the baby out of my hands. Somebody tried to resuscitate the baby, but the baby was gone.”

This is one of the most horrific accidents we’ve seen in quite some time.

The post Pregnant Woman Killed in Fiery L.A. Crash Is Identified, And Police Make An Arrest appeared first on LOVEBSCOTT.