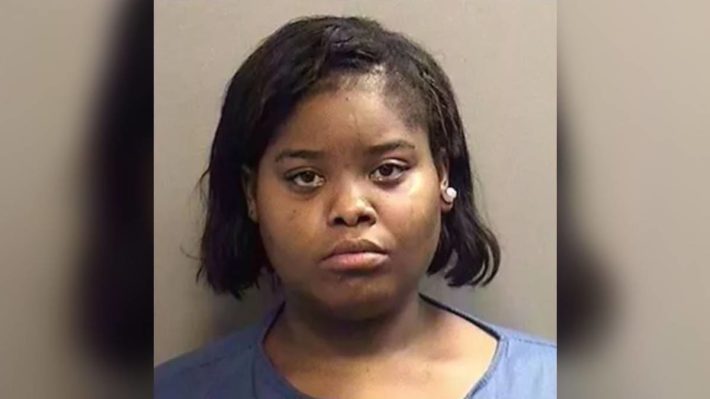 A Texas woman turned 50 cents worth of gasoline into a deadly weapon — by setting her boyfriend on fire at a Texas gas station and “melting” the skin off his body.

Arlington Police in Texas plan to file murder charges against a woman accused of setting her boyfriend on fire, local station KDFW reports.

According to the police, on the evening of July 18, Breana Johnson, 24, and her boyfriend Ricky Doyle, 25, drove in a jeep to a local gas station. Johnson pumped gasoline into the backseat of the vehicle and set it on fire while Doyle was still in the car. As Doyle fell out of the vehicle on fire, Johnson drove away. Bystanders tried to help until first responders arrived with some witnesses telling police that they heard her threaten to kill him and saw Johnson “smiling” while she drove away.

The next day, officers arrested Johnson and charged her with aggravated assault. However, she now faces murder charges after Doyle, who suffered extensive burns to most of his body, died on Wednesday (Aug. 2) from his injuries.

Doyle’s sister, Mikayla, told local station NBCDFW that the couple argued outside the family’s home on the day of the incident. She observed Johnson beating on her brother’s chest before Johnson snatched his phone and threw it at him.

“We knew she was abusive to him, but we didn’t see this,” Mikayla stated. “We didn’t know this was going to come.”

Doyle’s mother, Lisa, also told NBCDFW that her son, who aspired to become an author, was treated for burns to more than 90% of his body. Only the top of his head, groin, buttocks areas and souls of his feet were spared from the fire.

“I was so scared to touch another part because I didn’t know. I didn’t want to damage another part. I said, ‘would it be OK if I touch his foot?’ He [the doctor] said, ‘yes go ahead,’” the mom recalled. “That’s the only part of his body I could touch. That’s all that was left.”

Meanwhile, Johnson is currently jailed at the Tarrant County Jail. The police are working with the local prosecutor to upgrade the charges against her.