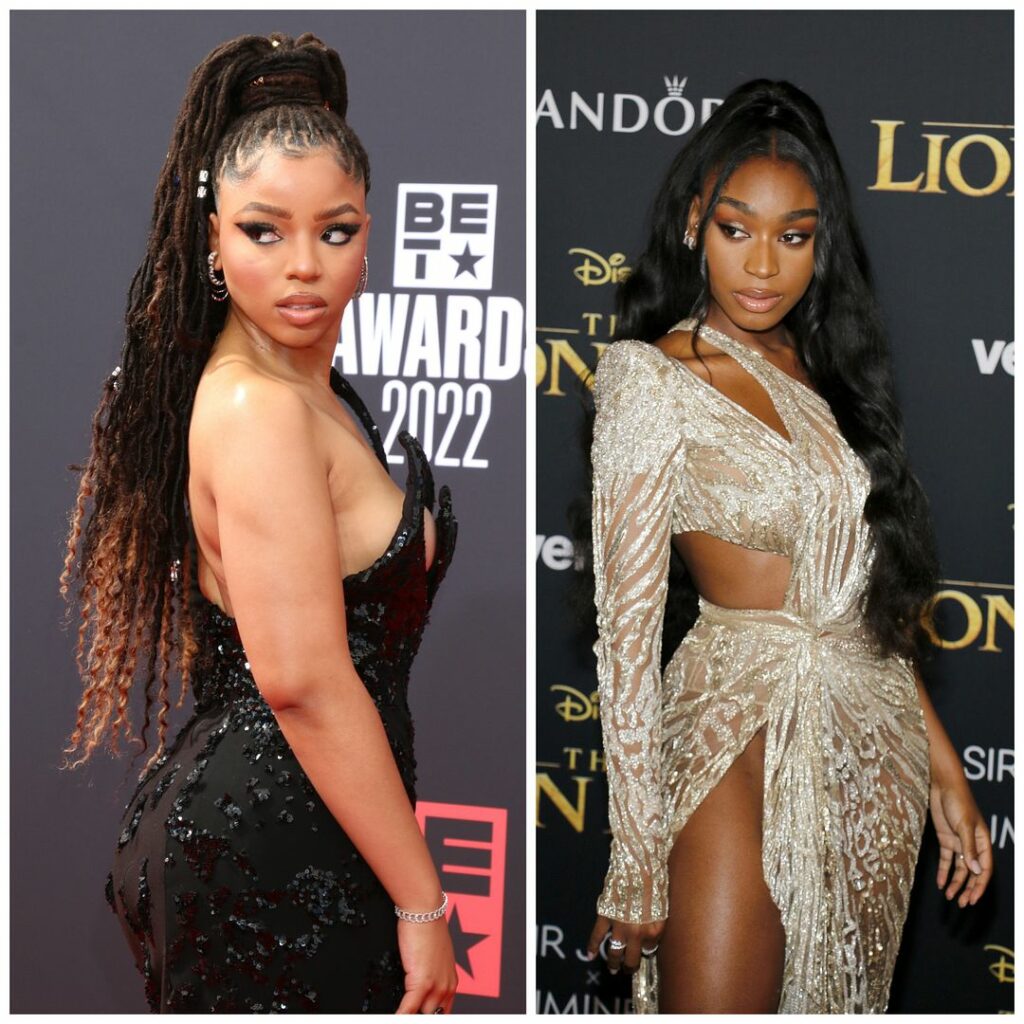 These “fans” are going to learn to stop talking out the side of their necks to Chlöe & Normani. Both singers had time to check some folks coming for their artistry. See the receipts inside…

Sometimes you just have to let folks know you are NOT the one…or the TWO!

”Fans” have been getting spicy in Chlöe and Normani’s Twitter mentions, so the singers found time to redirect folks’ energy to something else.

The “Have Mercy” singer was clearly tired of all of the negative energy being thrown her way, so she hopped on Twitter to address it…with a bit of shade that we’re not mad at. 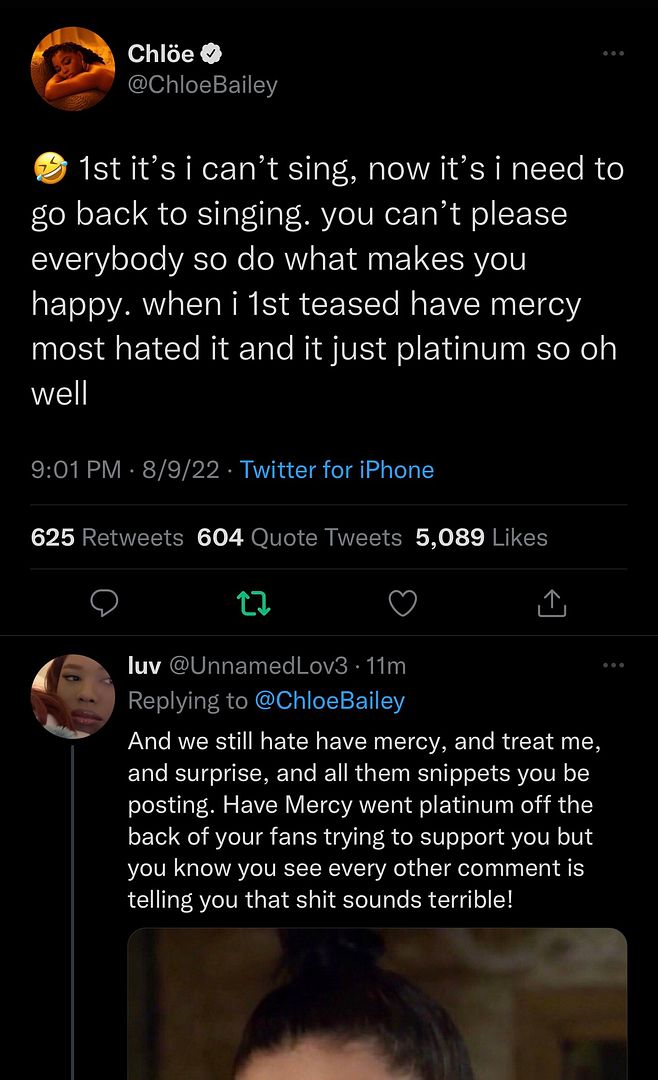 ”1st it’s i can’t sing, now it’s i need to go back to singing,” the 24-year-old tweeted. “you can’t please everybody so do what makes you happy. when i 1st teased have mercy most hated it and it just platinum so oh well.”

The “Treat Me” STUNS on the cover of UPROXX magazine’s August 2022 cover.

On opting to release a series of covers before her album: “I wanted people to see me get back to my roots. For all of the incredible supporters, I wanted to still feed them while I was working on my solo music behind the scenes, I didn’t want to go complete ghost. That was how sis and I started on YouTube. I thought it would be nice to go back to how people originally met me and how people saw me from the beginning.” The formula worked for Chloe x Halle, and with an artistic and personal growth that’s quite hard to ignore, there’s no reason why elements of that past formula shouldn’t work in Chlöe’s favor years later. As the saying goes, if it ain’t broke, don’t fix it.”

standing in my power

thanks @UPROXX for the cover pic.twitter.com/fEpX2UnUze

On deciding to branch out with a solo career: “I was just accumulating all these songs because I was creating every single day. And I was like, you know what, I should do something with these, instead of just having them sit on my computer… that’s when I really explored the idea of branching out.”

On her super close relationship with her sister, Halle Bailey: “We are both powerful and strong, not only together, but also individually. I really love the synergy that we have and, you know, I am just so happy to always have her support — just like she always has mine.”

You can read the full interview here.

Back to the clapbacks… 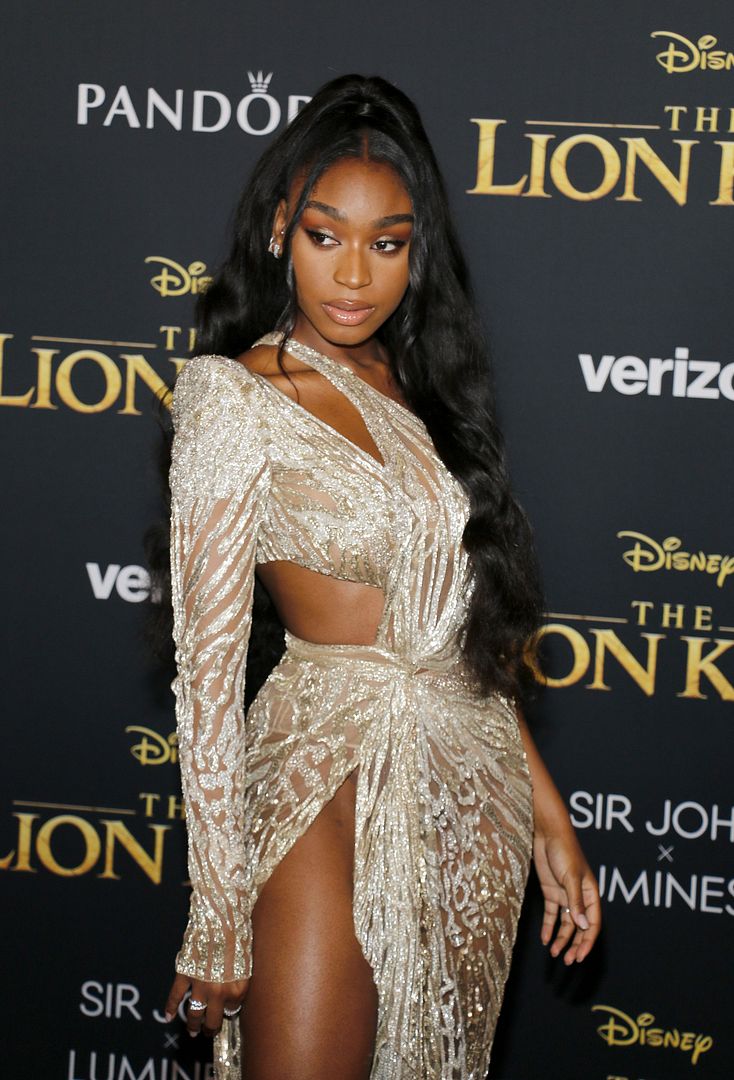 A Twitter user called out Normani on social media, questioning where her “motivation” has gone, insinuating she’s no longer passionate about her music career. In the now deleted tweet, the user wrote,

“No idea where Normani’s motivation (no pun intended) has gone but I just dont see the same passion from her as I used to.” Another person responded, “What happens when you’ve gotten comfortable and you’re not HUNGRY anymore.”

The “Motivation” singer hopped into the conversation and basically shut it down with a “Just shut the f*ck up” tweet. Oop!

”It’s so interesting that people that have no clue what it’s like to be in the music industry & the complexities that can come with that, but will dish out unwanted & rude opinions all the time smh”

The “Wild Side” singer retweeted Hayden’s tweet and responded, “on top of real life shit going on in my personal life.” 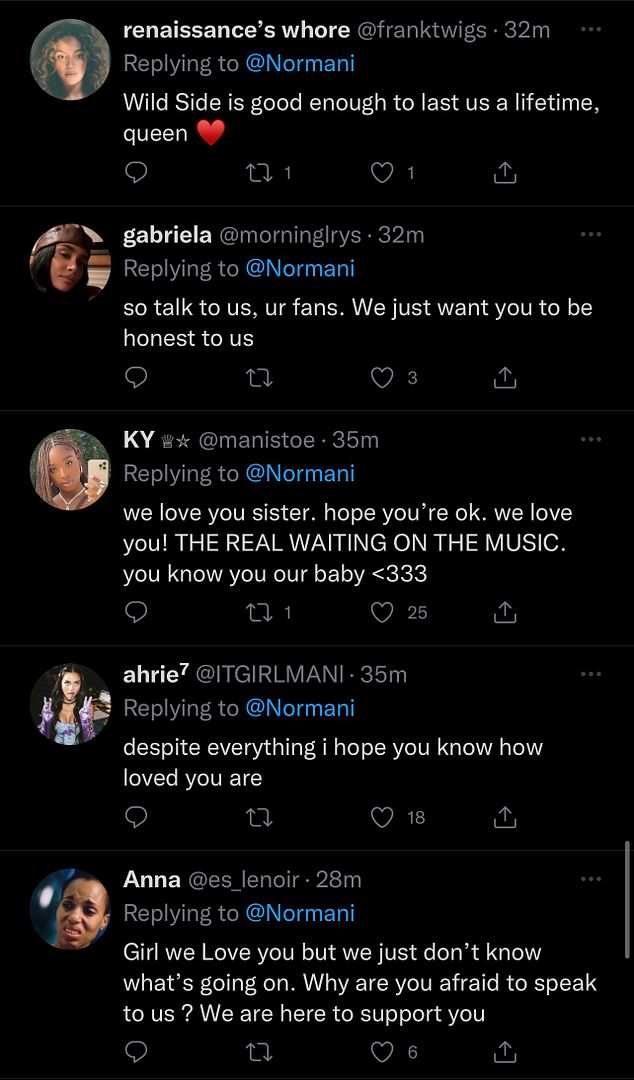 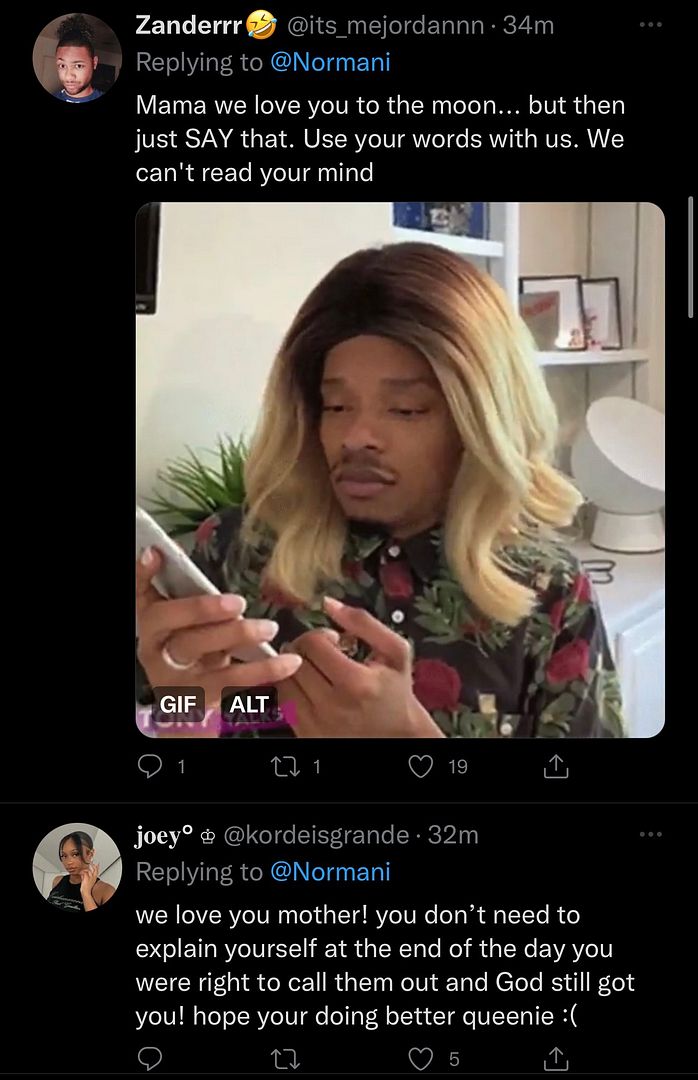 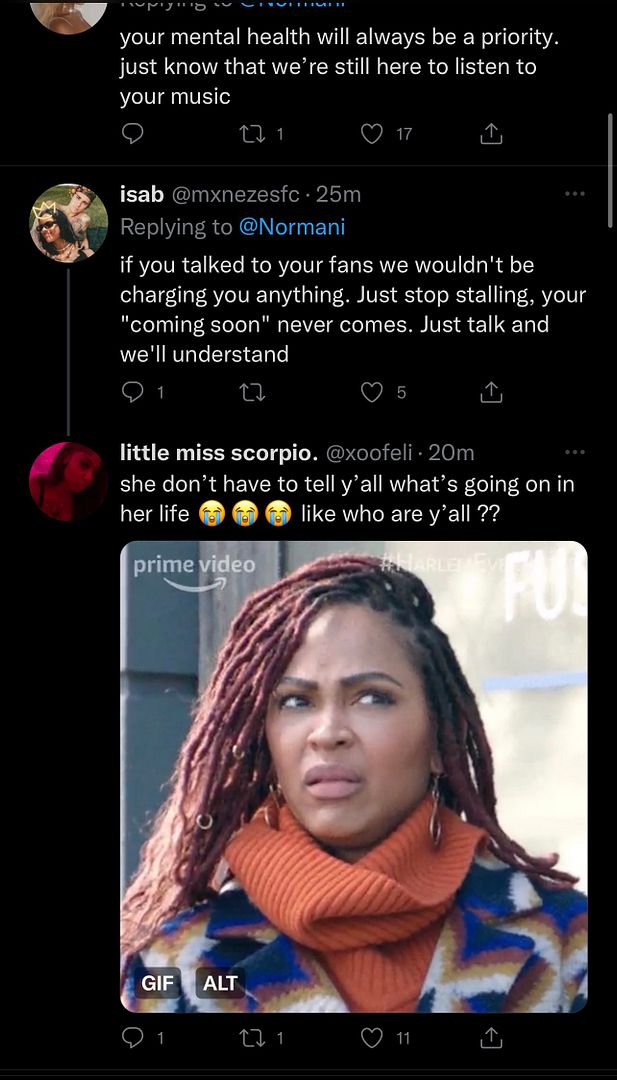 We get fans are anxious for new music, but to discredit someone’s talent is a bit of a reach.  Especially when we all know Chloe and Normani have range and talent for the gworls.