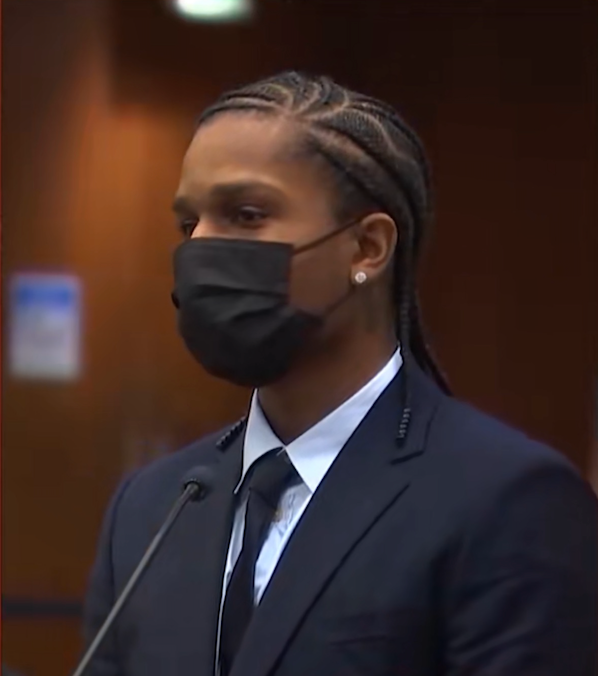 A$AP Rocky appeared in court to enter a NOT guilty plea on firearm arm charges stemming from an alleged shooting in Hollywood that involved his former friend/associate A$AP Relli. Details inside…

Three months after welcoming his son with Rihanna, rapper A$AP Rocky made his first court appearance after he was accused of firing a semi-automatic handgun at his ex-friend, A$AP Relli.

According to reports, the “D.M.B.” rapper pleaded not guilty to two counts of assault with a firearm in Los Angeles stemming from an alleged November 2021 shooting incident. The 33-year-old rapper (whose real name is Rakim Mayers) got some fresh straight backs and slipped into a tailored suit to appear for an arraignment in Los Angeles (pictured above) to enter his not guilty pleas, according to The Independent.

A$AP Rocky arrives to court and pleads not guilty to assault and weapons charges in LA. #asaprocky
[ shotbynyp] pic.twitter.com/pPqvirD4vT

During the hearing, it’s reported Rocky only spoke to confirm his name and acknowledge that his rights had been read to him. The Harlem rapper appeared in court two days after Los Angeles County District Attorney George Gascón announced the charges against him that stem from an alleged shooting that occurred on Nov. 6, 2021.

It’s alleged he got into a heated argument with his former friend A$AP Relli and fired a semi-automatic handgun at him He’s accused of allegedly shooting twice toward Relli during the “subsequent confrontation,” according to a release issued Monday.

”Discharging a gun in a public place is a serious offense that could have ended with tragic consequences not only for the person targeted but also for innocent bystanders visiting Hollywood,” Gascón said in a statement Monday. “My office conducted a thorough review of the evidence in this case and determined that the addition of a special firearm allegation was warranted.”

A$AP Relli (real name Terell Ephron) came forward as the victim of the shooting, filing a civil suit against Rocky on August 10th for assault, battery and emotional distress. He’s suing for $25,000 in damages, as well as additional damages to cover hospital bills he incurred following the incident.

“Defendant [Mayers] purposefully or with reckless disregard unlawfully brandished a firearm towards the plaintiff [Ephron],” the complaint states. “Further, defendant purposefully or with reckless disregard caused a bullet projectile/fragment to hit the plaintiff. In both instances, defendant’s conduct was unlawful or otherwise extreme and outrageous,” the document continued.

Relli claims to have minor injuries on his left hand and believes the entire incident was captured by nearby surveillance cameras.

Rocky has to stay at least 100 yards away from Relli at all times, per a restraining order issued by Judge Victoria B. Wilson.

The preliminary trial date is set for November 2nd. 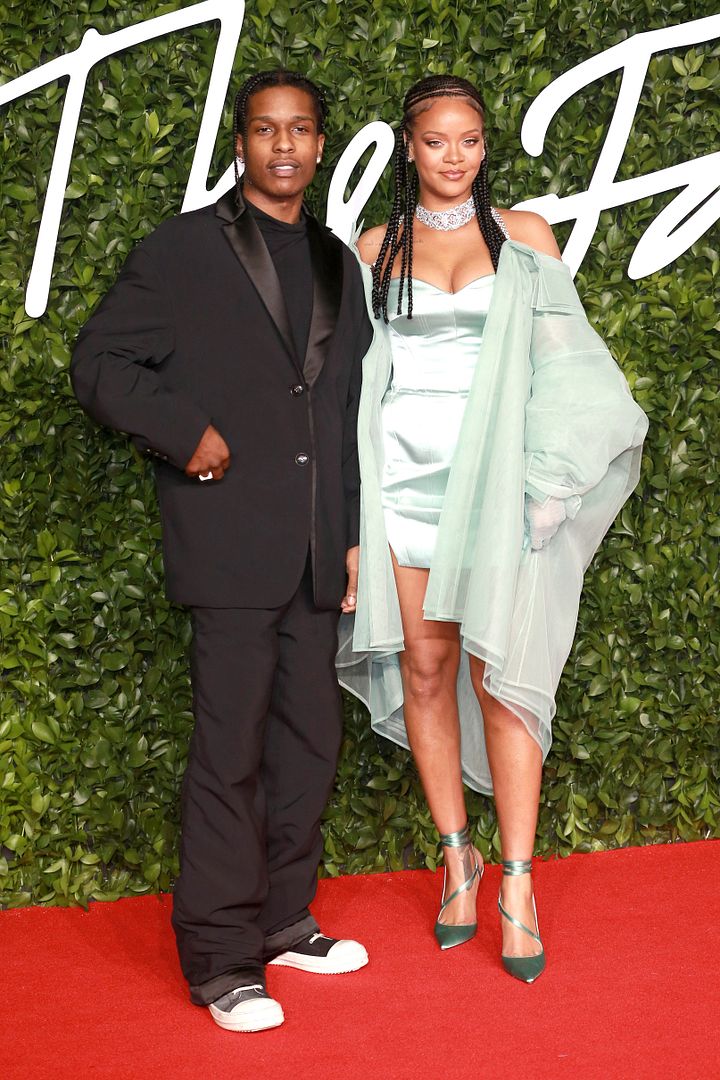 As you may recall, Rocky was arrested at LAX airport after he arrived on a private plane from Barbados with his girlfriend/son’s mother Rihanna (who was good and pregnant) on April 20th. He was later released on a $550,000 bond. Cops raided Rocky’s L.A. home and found multiple guns, however, it’s unclear if any of the firearms were used in the November 2021 incident.

Weeks after he was released from jail, RiRi & Rocky welcomed their little bundle of joy.

Not long after their son’s birth, the new parents jetted overseas for Rocky’s tour.

Guess we’ll have to see how this all pans out on November 2nd.